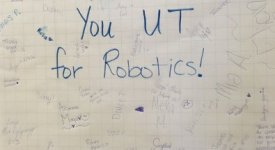 I want to end the semester by talking about a few of the cool things that I've been involved with this semester. The semester has been hectic, for sure, but the end of the semester isn't just hard because of exams and final projects. With the end of each semester comes a temporary halt to the activities that I've been pouring all of my time into. I have to say goodbye to the people who have made college enjoyable and enriching, and sometimes, that goodbye is permanent. 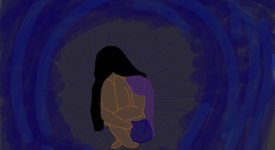 Mental health is important. If you take away even one thing from all the blog posts I've written, let it be this: you can be a computer science student while still doing what is best for you. There is no shame in that. 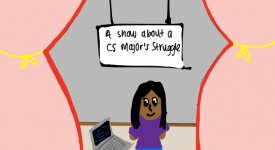 As some of you know, I do theater in my free time. This semester, I was an actor in a production of Rosencrantz and Guildenstern Are Dead, and we performed two weekends ago. Theater and computer science are completely different in how they work, but both disciplines can learn something from each other. I've always stood at the intersection of the two, struggling to mold myself to fit the wildly different criteria required for each. I've always focused on how my two loves are different and how participating in both gives me a varied skill set and a different set of experiences. 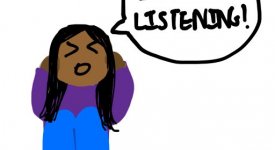 The world has a way of giving you hints when you're doing something wrong. Listen to them. 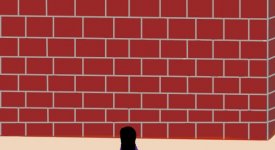 Sometimes, you have to climb those insurmountable walls.

There are a lot of things that I like about being a computer science student, but one thing I've found to be hard time after time, no matter how much experience I have, is delving into unfamiliar territory. Whether it be for a class that requires a bunch of skills I don't have, or an internship where I'm taking on a task that's completely new to me, or a project for the research lab I work with, learning something new is intimidating and difficult. Some people are great at getting their hands dirty and learning by doing, but I'm not one of those people at all. 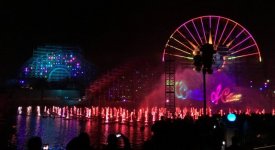 This was taken by me at the end of the World of Color performance at Disney's California Adventure Park. The performance used projections on water along with colored fountains and music to show the extent to which color is used in Disney movies and media.

Over spring break, my family and I visited Disneyland in California. You might be thinking that I'm a little too old for Disneyland, but I'd argue that you never can be too old; the experience just changes as you get older. When I was a younger child, Disneyland excited me because I got to meet all my favorite characters and go on rides that told their stories. Now, as a young adult, Disneyland was enjoyable for another reason entirely: I got to watch other little kids go through the same experience as I did, and I was reminded of how magical the experience can be for them. 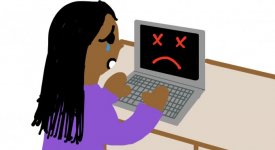 As the title suggests, I was met last week with the unfortunate reality that my computer, after six years of chugging along, had finally met its demise by my hand. 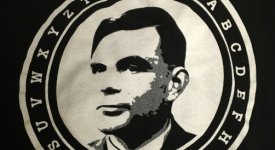 I don’t like looking at things through rose-colored glasses. I would be a horrible salesman because I like presenting the good alongside the bad. I think part of what makes any CS program, any school, any company, anything good is that most people who attend are happy with where they are and what they’re doing. There is no substitute for pure passion, and I think that kind of passion is much easier to find when you’re in an environment that fits you. 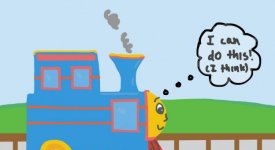 In my freshman year of high school, I hardly talked. I always assumed that other people knew better than I did, so I listened to what other people had to say and learned from them. I never took the lead in class projects; I never proposed ideas. I let other people do the thinking, and I simply carried out their grand visions. In theater, I respected my directors' decisions, and I went into auditions under the assumption that I would never be given a part. There were other people who were better than me at acting, and my only strength was my ability to work hard and follow directions. 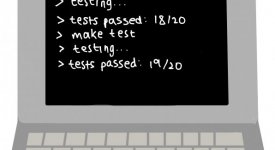 Years of going through the American public school system have taught me that I should always put 100% of my effort towards everything I do. I was encouraged by my peers to get perfect grades, be a perfect leader, and have the perfect resume. In high school, I was able to block out that toxic mentality and work at my own pace. Then, I got into college, and suddenly, it became that much harder to ignore the competition around me.