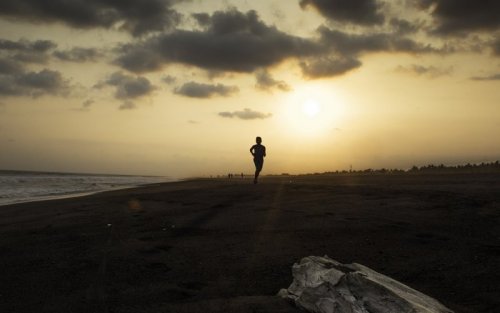 While you can start applying to internships and fulltime positions in the summer, for me it’s fall career fair that officially signifies the opening of the flood gates to interview season.

If I had to describe what interview season feels like, I would say it’s like being stranded out at sea. In a tiny boat. Amidst a raging storm. Lots of thunder and lightning. And relentless 100-foot waves. Imagine the epic opening scene from Kubo and the Two Strings if you saw it at the movies this summer (such a beautiful, melancholy, gem of a story.)

I can’t speak from experience (thankfully,) but if I had to choose the worst part of being stuck in a sea storm it would be the endlessness of it all. Surviving one wave only to see another, with no end in sight. I would describe the internship/fulltime hunting process the same way: endless. It’s what has me wishing that I could freeze time for a little while. Because I know once career fair comes, it’s going to be one long, endless slog to the finish line. Except you can’t see the finish line! The endlessness is what I find most exhausting about interviewing. You just put forth all your effort, with no clear end in sight.

Which is the worst for me. I’m the kind of person who likes to be hyper-organized. I like to know when things start and end. When I was in elementary school, one of the ways I used to pass my time was by drawing up elaborate versions of personal timetables (yes I was strange and I’m fond of that.) If you’ve ever been in a class with me, then you know that I like to take lecture notes with at least 7 different colored pens. My planner is a work of art—other people’s words, not mine.

I’ve been thinking about how I can make this year’s interview season better than all the past ones – how to deal with the endlessness. I realized, why not just utilize my penchant for organization. Sure I always make a list of the companies I want to talk to at the career fair, but I can do so much more. So this year I’ve started setting very explicit goals for various dates in the following months. For example, I have a goal of the minimum number of companies I will talk to at the career fair. I have a goal of how many first-round interviews I want to have completed in a certain number of weeks. A goal of how many second-round interviews I want to make it through. A goal of of how many offers I want to receive. A goal of when I want to have accepted my final offer. And since I’m feeling fancy, I’ve divided each goal into several to organize by city (ex: x number of interviews with companies in Seattle, x number of interviews with companies in the Bay Area, etc.)

My plan might sound a teeny bit excessive, but really it’s not (maybe everyone else already does this, but I don’t know because people are always a bit hush-hush about interviewing). I already feel better having set concrete milestones; they’ve dispelled the numbing sense of endlessness that this time of year usually signifies. Now with a finish line in sight, I’m ready to run this race! 3… 2… 1… Go!