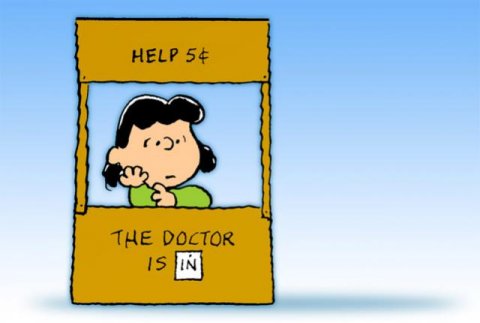 Registration is upon us.

With registration, along with complaints about closed and waitlisted classes gone before the hordes of rising sophomores and juniors can register for them, the standard confusion about which classes are really being offered, and the slew of 378s that are added two days before registration opens, comes the tremendous amount of advice and opinions on which classes to take and with whom on the Facebook page, in bull sessions, and around the GDC. Every student, from the most wide-eyed of freshmen to the most jaded of superseniors, inevitably has some opinion to offer about whether to take Downing’s object-oriented programming or Gheith’s advanced architecture class. Some of it, such as the warnings that Downing drops your grade after only a handful of unexcused absences, are based on facts and can be taken at face value. The vast remainder, such as the warning that 8 AMs are the hellspawn of classes and that a three-hour lecture is probably the absolute breaking point of anyone’s ability to pay attention, are either purely speculative (I’ve heard more than one freshman confidently advising an upperclassman against taking certain classes, despite having never taken it themselves) or extremely personal (some people, myself notably not included, do in fact function best when they wake up at 5:30 AM and go to bed by 10).

Last fall was my first semester as a pod mentor. The pod program is designed to pair experienced upperclassmen with new freshmen (or new transfers to the department), and help them learn the stuff that isn’t taught in classes, but is still basically a requirement (ssh, git, and so on); as such, in my role as a mentor, I’ve naturally had to give plenty of advice to my pod, on topics as diverse as what classes to take with 429 (none of them), whether or not the BS is better than the BSA (depends on your desire to branch out into the extracurricular or go deeper into computer science), and how to approach professors about doing research with them (I wrote a post about this last year). Most of the advice I give comes from my personal experiences—for example, on how hard it is to petition into honors classes—but I often find myself forced to give advice that is rooted in hearsay. I, for example, have never taken summer classes, but I know many of my friends found it both helpful and easier to take CS 429 over the summer and then take CS 439H in the fall (partly because it is typically the same professor, Dr. Gheith, who teaches both, and partly because from what I understand 439H has easier projects than 439). Much of the advice I give is comparative—one professor versus another, for example -- but having never taken the same class with two different professors it is impossible for me to draw from my own corpus of knowledge when offering comparative advice, so typically I’m forced to compare what I’ve heard about each professor.

In each of these cases, when I have to give advice that is not rooted in fact, I’ve learned that there are a couple of key ways of conveying information so as to make it abundantly clear that I do not come from any position of universal authority. The first, and probably most important, is to say exactly that, to qualify any advice I give—that any advice I give is hearsay, that I cannot know for sure that a professor about whom bad things have been said is really all that bad, and that even if I am speaking about my own experiences, everyone’s mileage may and will vary. Confidence is almost always key, but there are times when speaking opinion as truth, especially with the intention of advising someone else, is not the best option. The other way of clarifying my position is to encourage everyone in the room to seek out others’ opinions. Even though I am speaking as a mentor, and am typically more experienced than their freshman friends, I still do not know anything in any kind of absolute context, and in almost every case having more than one opinion (though not too many) is better than just having one. (Of course, each of these statements stands for my blog posts as well—especially in this article, I am simply conveying my personal opinion, and I encourage readers to seek out others’, rather than only taking mine.)

So as registration begins, remember that every bit of advice you hear is just that—advice, not rooted in fact. As I said in my last article, although it is certainly valuable to weight it higher those of your friends, your parents’ opinions are also just opinions, meant to inform your opinions in the future. As I learned from my first two semesters as a pod mentor, it is important to convey advice in such a way as to remind your listeners that your opinion is but one of many, and that all opinions, from reputable sources anyway, should be considered as well.

But seriously, 8 AMs are the worst.