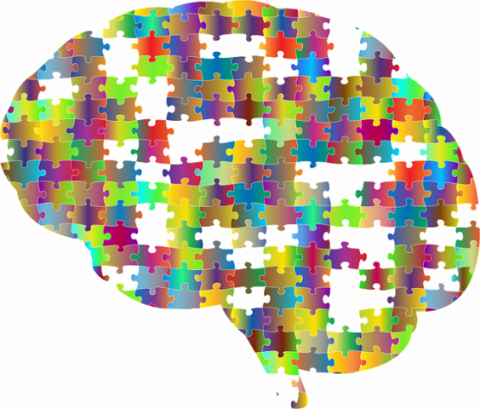 Coming into UT, I had a mild interest in philosophy, in a "watches Richard Linklater movies and reads Wikipedia articles on existentialism" kind of way, but never studied it rigorously and had no idea how to get started. So, my first semester, I decided to sign up for this Intro to Philosophy class.

Unfortunately, the class was at 10am, 3 hours before my average wake-up time, so I only attended three or four lectures. While I can't comment on Dr. Smith's lecturing ability, the curriculum was great. This remains the only class where I actually read the assigned readings. They're all modern so you don't have to read any ancient Ye-Olde-English speak or try to empathize with a character that says "gee whiz", and they're also relevant, interesting, and manageable lengths. I still revisit them from time to time as some of them are among my favorite articles.

At the risk of sounding like a robot, I'm all about logic. I love the precision and unambiguity of proofs, the absence of hazy abstractions or black boxes, and how everything can be traced back to a set of axioms. In my high school English classes, I enjoyed discussing some of the themes, but often times washy interpretations were taken. "I feel like the author is kind of using the curtain to symbolize his depression" is a perfectly acceptable answer with little more explanation needed. Unfortunately, I'm not all about math, the subject most dominated by proofs (I think), and have a hard time getting into lemmas about Cauchy sequences or uncountable sets. Philosophy applied the precision of proofs to the humanities, to topics like: Does God exist? What constitutes a self? When should we hold someone accountable for their actions? and so it quickly became one of my favorite subjects.

The essays were surprisingly enjoyable as well. All were argumentative and most called for original thinking. You created your own justifications for beliefs posited by the philosophers you read. For example, one of the prompts for our first essay was something like "if teleportation is possible and we had a machine that destroyed all of your atoms and recreated them in the exact same form such that your teleported self had the same thoughts and appearance as your previous self, did you survive the teleportation?"

I've always been fascinated with the effects drugs can have on our abilities and perception.

My first few years at UT, I amassed a ridiculous collection of strange supplements like Bacopa monnieri, an herb purported to improve memory, and phenylpiracetam, a Russian psychostimulant. To find new supplements, I'd read some forum posts by seemingly knowledgeable users or a sensationalized blog post from someone like Tim Ferriss, Google a bit for more secondary sources, and buy the most promising ones. A few worked, but most didn't. I really had no idea what I was doing or what these supplements were doing to my body. I only knew the anecdotal, subjective effects purported by websites of dubious credibility. When I tried to scan NCBI for original research, I was bombarded with phrases like "glutamatergic transmission" and "ionotropic AMPA receptor" that I had no grasp of.

So, I eventually signed up for Psychopharmacology, and it turned out great. While I'm still very far from an expert on pharmacology, the class gave me a foundation of the basics of biology and drug mechanisms. It's put me in the much more advantageous position where, if I don't understand a phrase, I can learn in a bottom-up fashion starting from basic biology, rather than a top-down, get-lost-in-a-Wikipedia-rabbit-hole kind of way.

1. The section on what exactly alcohol does to your body and brain, a topic relevant to most college students. You learn why exactly alcohol makes you feel warm and why you feel hyped at parties despite its "depressant" label.

2. Learning about different types of mental health disorders, their causes, and symptoms. One benefit is better judgment about whether you or someone you know should seek help. It also enables you to have more informed conversations with a doctor or therapist.

3. Leaving the class with a heightened sense of connection to my body. An awareness of my feelings being the sum of electrical impulses and changing concentrations of neurotransmitters, an improved intuition for how a drug will make you feel, and an aversion to disrupting this system by eating 6 Tiff's brownies, chugging 12 beers, or pulling all-nighters.