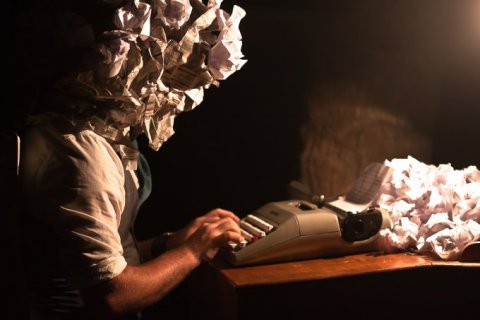 I’m not a certified doctor, but I’m pretty sure I got glasses from reading too much (I’m also pretty sure I almost burned down my childhood home from reading too much - but that’s a different story). Third grade was the year I got glasses (I spent hours in the store on a personal quest trying to find the most Harry-Potter-like glasses), and that was also the year I started reading novels way past my bed time by the dim light of my desk lamp.

There’s something so wonderful about tumbling from world to world. Universe to universe. Book to book. Each book a window into someone’s soul. I read everywhere like a tiny, less elegant, unmusical version of Belle from Disney’s Beauty and the Best: in the car, at parties, during free time in school, at the dinner table (to the chagrin of my parents), in waiting rooms, and even at the supermarket, sitting in the grocery cart as my mom weighed the merits of various vegetables. I would dream up inventions that would allow me to read while I showered; it was quite possible that I was obsessed in the worst and best possible way.

As I grew up, it was natural that I became just as enamored with writing. Mucking around with words and trying to find the most pleasing or clever configurations for them was just as lovely as reading. My favorite subject was myself. It had a bit to do with vanity, a bit to do with the fact the I could never come up with an idea for a book that I could write about for more than two pages, and a bit to do with the fact that I was undeniably an expert about myself. So, for years I wrote personal-memoir style until I had written myself a ginormous box of notebooks full of middle school woes and high school tragedies.

I never thought it would happen, but one day I was struck with the desire to share my writing with other people. One thing led to another and here I am writing for this blog, which is one version of my dream job. I got to write about myself, have my work published, and hopefully inspire others. The first few blog posts were easy. I could sit down and band them out - no sweat.

Then in the delightful way that is life, tragedy struck. Somewhere around the time of my fourth blog post, I came down with a terrible illness. (Self)Diagnosis: a severe case of writer’s block. It was horrible. Terrible. Ghastly. During those dark days I approached writing much like the way I approached eating celery or watching soap opera’s, which is to say I didn’t – except under dire circumstances.

This went on for weeks. The writer in me would listlessly flop around like a flobberworm hoping the writer’s block would magically disappear. It didn’t. Eventually, I got sick of wringing lifeless words from my equally lifeless brain and realized that waiting around for inspiration to strike like a lightning bolt was just not going to work.

I tried a new technique: Whenever I would sit down to do homework, I would also set a timer for every thirty minutes. Every time the timer went off, I would make myself write either ten sentences or write for ten minutes. It worked like a charm. The first few iterations were rough, but then the words would come at my bidding. The moral of the story was: ten poorly written words are ten more words than zero words (yay arithmetic).

In retrospect, it was obvious that working through my writer’s block was much better than just sitting around. While I was celebrating the end of my writer’s block, I started pondering the relationship between passion and hard work. Foolishly, for reasons that escape me, I had started to consider the two as somewhat mutually exclusive. Somehow I had gotten the idea stuck in my head that just because I loved writing it was going to be easy-peasy-lemon-squeezy to crank out a polished, thoughtful piece of writing just about every week.  Woefully naïve.

What I realize now is that it’s going to take just as much blood, sweat, and tears whether I love to write or hate to write. The difference is that because I love to write, the whole process is going to be infinitely more enjoyable. Writing, like any other craft, is going to require constant practice and effort for me to get better, but the reward of my hard work will be so worth it, and especially so because it’s something I find intrinsically pleasing.

As I basked in the wonderful feeling of clarity that only an epiphany can produce, I made a connection between my attitude towards writing and computer science. For a while now, I had been discomfited by the fact that I found the task of completing my computer science homework unappealing. I preferred to watch YouTube until my eyeballs melted rather than write another line of C++ code. But I love computer science right? This is what I care deeply about, this is my life - I should be jumping at every opportunity to live and breathe this stuff right? In high school, I would practically chain myself to my desk and plow through hours of classwork followed by homework regardless of my level of interest in the subject - day in and day out. How come I seemed to possess astronomical levels of disinterest now?

I realized it was because, just as with my blogging, I had tried to divorce the notions of passion and hard work. I was expecting computer science to be easier than subjects I disliked just because I liked computer science. However, this was far from the truth. It was still going to be hard work, that would sometimes be enjoyable and sometimes be insufferable.

It all came down to expectation. I had been expecting my college academic life to be relatively smooth sailing, when it naturally wasn’t going to be. Unconsciously, I had been expecting hard work to not feel so “hard”. The result was a bizarre fifth-life crisis where I was experiencing the stressful results of not working as hard as I should be or could be without even realizing it. The verdict? All along I needed a happy marriage of passion and hard work because one without the other would drive me to some kind of insanity.