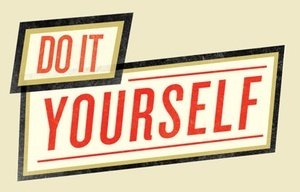 Most classes that I’ve taken rely on a simple model: I’m supposed to know some basic theorems coming in to the class. More importantly, though, I’m supposed to have bent my mind in the right way to understand how proofs in that area of mathematics work. The class then presents me with some new theorems, proved using theorems I already know in ways I’m already familiar with (hopefully). To test and strengthen my knowledge, I’m given exercises, the solutions to which fundamentally rely on knowledge of both these theorems and the “correct” ways of twisting them into new theorems.

The problem with this model is that it’s often tempting to avoid the proofs of the facts the class gives us. The reasoning is that if you’re “good enough” at math or “smart enough” to reason through proofs, the facts become far more worthwhile pieces of information than the proofs thereof. So the average math student might focus on memorizing the facts to solve the exercises, and will either find themselves capable of relying solely on knowledge of the facts (or maybe even ancillary knowledge of their proofs), or find themselves incapable of coping with the perceived difficulty of the class and quit.

A few notes: first, I am describing the average student, not every student. There are plenty of students who do in fact know the proofs as well as the theorems. Second, I certainly don’t wish to imply that knowledge of both theorems and their proofs will make any math class “easy”; it will certainly aid in making them easier, but no such baseline level of difficulty (or lack thereof) exists.

The solution, as my topology professor (Dr. Starbird) discovered, is to instead provide just the theorem statements. One might wonder how this helps, since my point in the previous two paragraphs was precisely that it’s bad to know only the statements of fact. Dr. Starbird’s solution is to instead make the proofs the exercises; before using any theorem in any proof, you must first prove it.

This is the “inquiry-based learning” model of mathematical education, a model for which Dr. Starbird has been awarded numerous teaching awards, but it might be better described as the “do-it-yourself” model of mathematical education. The professor, contrary to what is typically expected of them, does very little except spur discussion in class of proof approaches, and maybe gently shift students in the right direction when the class veers off-course.

Interestingly, although perhaps not surprisingly, this model of teaching does wonders for me. In particular, during one office hour, I visited Dr. Starbird and asked for help on a proof. He nodded, repeated the theorem statement back to me, asked me if I understood, and then turned back to his computer and told me to let him know when I figured something out.

Initially, I was shocked. Having lectured my mentees on the benefits of attending office hours, I was expecting to be more richly rewarded than a simple restatement of fact. Dr. Starbird, in my mind, was obstinately refusing to help me, the student in need. As he continued to type on his computer, stubbornly refusing to give me the answer, though, I had no choice but to plow ahead.

So I turned to the chalkboard, thought for a bit, wrote something down, and asked for his input. Here he turned to me, asked me to explain my method, thought for a second, then asked me what I was trying to prove. I repeated the theorem. Then, “so is that what you proved?”

No one asks that question expecting a positive answer, and so I sighed, said no, and waited for more guidance. Instead, he turned back to his computer. Seeing no other option, I turned back to the chalkboard and iterated on my approach. The cycle repeated: “so is that what you proved?”

One more time. “So is that what you proved?”

At some point while I squeezed my piece of chalk in frustration, it snapped in two.

Some time, iterations, and a few more “so is that what you proved?” later, I realized something I had been missing—specifically, that I had been starting from scratch each time I got a “so is that what you proved?” from Dr. Starbird. What I should have been doing, rather than going all the way back, was to go one step back and try a different approach. If that failed, go two steps back, and so on.

Armed with this realization, and after staring at some of what I had already written, it clicked. My proof worked, it was simple, and moreover, Dr. Starbird agreed with it. What more could one ask for?

I started to write down my proof when he said instead to wait until the evening to write it down. I told him I’d forget, and he told me he could guarantee me I wouldn’t forget my method. Sure enough, when I returned to my homework later that evening, the approach was as clear as it had been in my head the first time.

Why? It had been several hours, several classes, and several orthogonal activities later; one proof from a while back had no reason to stick in my mind—except of course for the fact that it was very much my own proof, and not something I had recited from a book. And so it stood the test of time, and as Dr. Lin would say, the Gilligan’s Island test. (Ask someone in CS 314H to explain.)

When you do something yourself, and experience the final burst of inspiration that takes you from zero to one, it’s a far more satisfying—and productive—experience than if you rely on existing work to get you there. I don’t doubt that near the end of the semester, I could explain the proof of that theorem to you as well as I can now. So it is with anything else—mathematics is the illustrative experience, but the principle remains the same when solving any problem.

Whether you’re returning to the university or starting for the first time, especially at the beginning of the semester, where we learn foundational information so easily forgotten later on, it’s important to appreciate the value of solving a problem by yourself. Even if the problem has been solved a thousand times before by a thousand other people, the experience of doing so makes that problem uniquely your own.