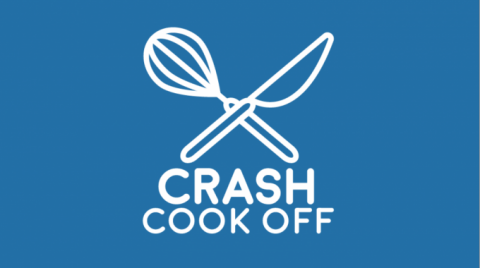 Oh man, to be honest guys, I don't know even where to start when I talk about entrepreneurship. If you've ever been in those moments where you have so many things you want to say, but can't find the right way to say it all. That's pretty much where I'm at.

Because of that, I'm going to update y'all over what's happened this semester for me in entrepreneurship.

I started entrepreneurship knowing nothing. Just a computer science, hackathon guy who could code up basic Python Flask websites and learn things on the go - essentially a jack of all trades.

My first point of contact with entrepreneurship was Longhorn Startup, which was great (you should take it). Going through 2-hour classes with free pizza and talks by founders, investors, and people who've gone through the life of entrepreneurship, I knew I was in the right place. I found myself in an environment where people everyone had an idea, passion, or skills that they wanted to use in order to be entrepreneurial.

And being the technical guy I was, I quickly joined the fray of working in some startups.

Within a few weeks of college, I found two startups I felt were interesting to work in - a cryptocurrency exchange platform for speculators (basically Robinhood for Cryptocurrency) and a Bike Shop Management System that would eventually become a CRM platform.

A few thoughts: I never thought I'd enter the cryptocurrency world, I don't know jack about bicycles other than they're a pain when the chain gets jammed, and I've already left both of the teams. Honestly, there was nothing wrong with the people in the teams or the ideas they were going for. In fact, they were awesome people, and the ideas seemed pretty profitable.

The main reason I left was cause the things they were working on were not what I was passionate about.

Sure, when I joined, there was that initial rush of excitement that over the potential of the idea and what it pertained, But it wasn't sustainable. For me, the fleeting interest I had for an idea couldn't keep the fire of my heart fueled for the long-run of a startup.

And with that, I ended up startup-less for a while. Kind of like a job-seeker without a job (feels bad man), I ended up "chilling" in the entrepreneurship scene, waiting for the thing to work on.

Which made me impatient.

Though I connected with numerous people at different events, pitched countless ideas to mentors and friends, acted as a "barrier-to-entry" mentor for new entrepreneurs, and traveled to many places (making me seem like I was going places, career-wise), I had no startup idea to work on.

I had joined entrepreneurship in order to find an idea to work on. I had given up my time, energy, friendships, and relationships for something that wasn't gaining traction. And though I was super happy, it was hard to not be jealous of the many entrepreneurial people I had met before already forming teams and gaining real-time momentum over their startup.

I felt like I was being left behind in the dust (even though it's not dusty in Austin).

With entrepreneurship on hold, I redirected much of my energy into other things. I committed as much as I could to Freetail Hackers in preparation for HackTX. I got a job as a Google Cloud Platform Ambassador and shared about what GCP was. I communicated as best as I could to recruiters through interviews in order to land an internship. I joined Convergent and oversaw interdisciplinary teams that attempted to solve problems in the prevalent world, where my teams attempted to monetize Twitter.

And after waiting for a long time (though it probably wasn't actually that long) I eventually found myself at 3 Day Startup, and I will never forget my experience there. Not only was it amazing, but I found the startup I want to work on, Crash Cook Off, with an amazing team that I felt I could go the long run with.

Initially, I had walked into the 3 Day Startup with no idea and crowdsourced an idea together for a campus-centralized food delivery service for local chefs, which several people seemed very interested in. But in only 24 hours, that idea had pivoted over 5 times, and became what it is today: an iron chef cooking challenge with a twist. Essentially, we bring in teams to compete against each other to cook up their best dish for a judge, just like in those cooking shows. The twist is that people need to earn their ingredients through trivia and mini-games.

And in my opinion, got some pretty good traction right now.

Recently, our startup pitched to the Genesis program, which funds student businesses with capital, and we might get funding! Additionally, we've held cook-offs on the weekends, further laying out the process of the experience while getting feedback on the logistic of things. And most of all, we're scheduled to interview with the Capital Factory guy, Josh Baer, and the Dell Medical School innovation gal, Mellie Price, for a spot in the Longhorn Startup Lab! The dream! *fingers crossed*

And if there's one thing I hope you guys would learn from this all I'm sharing, it's two things.

Be open. And be persistent.

Being open helps a lot in learning. Whether you believe it or not, it opens doors to many opportunities. I had no clue what I was doing throughout this whole startup-life shenanigans. And yet, when I was open, I received a lot of guidance, and found myself with some sort of direction. Honestly, without the mentors, friends, and family that helped me through it all, I know wouldn't be where I'm at today (even though it ain't that big). Thanks y'all. :)

And being persistent is crucial because sometimes, you just have to go through the grind of life in order to get to the other side where the grass is greener. Honestly, it was tough sometimes. But persistence was key to pushing through those tough moments and getting to where I'm at today.

Anyways, that's pretty much my life update on entrepreneurship. Thanks for reading it, and hopefully y'all weren't too bored and found some value through it.

Shameless plug, for my startup, we're currently in the testing phase for Crash Cook Off and hosting these challenges for free on UT campus (running on donations, cause paying is tooooo expensive). If you're interested in trying it out, or want to support us (I love words of encouragement lol), you can contact us through crashcookoff@gmail.com, or drop your email at our website.

Final thing: Good luck on finals everyone! I know it's hard, and there's a lot to go through, but do your best, run the race, and go for the goal! You'll get there!

Hope to see y'all off in my end of the year reflection blog post next week. But if not, have a great Winter Break! :)