Farewell for Now: A Break from Entrepreneurship 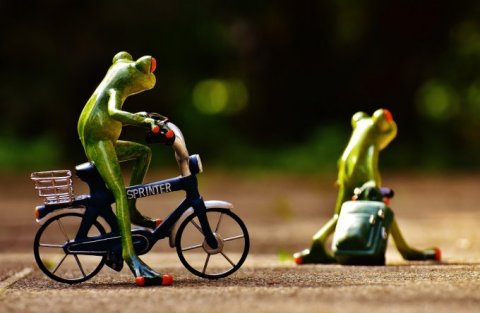 Every moment in life, we go through seasons - seasons of learning, of struggle, of joy, or of hardship. Sometimes those seasons are based on unavoidable life changes. Other times, they are self-made decisions.

For me, I've made the decision to leave the season of entrepreneurship.

After committing a semester of my life to this pursuit, I've found that the venture is no longer the priority for me. As much as I want to continue doing entrepreneurship, working on a company, and meeting so many new people, I've found that there are a lot of things that are stopping me from continuing to pursue it.

It makes me quite sad to make this decision because entrepreneurship was something that consumed my life last semester. My goal going in was to find The Idea. An idea that was technical, profitable, and interesting. An idea to change the world.

With that, I made sure to take a "light" load for the semester to invest as much as I could into exploring entrepreneurship. I found myself biking to downtown every other day. I tried to spend as much time as I could meeting founders and engineers. Memorable moments were startup scenes like 3 Day Startup, Startup Crawl, and Longhorn Startup. I would even put entrepreneurship above my schoolwork at times. And it was awesome. I had never been freer in my life. Meeting people, brainstorming ideas, and working on startups, entrepreneurship consumed my life.

But maybe having entrepreneurship consume my life was why I had to stop.

As much as it was fun, I had a lot of trouble trying to find an idea that I could stick with for long periods of time, and it was painful juggling duties/responsibilities I had. Additionally, after losing the initial appeal and support, trying to run a company that isn't profitable can be quite demotivating. Sticking on schoolwork, projects, organizational activities, and church, I felt myself scatter-brained and tired all the time. At more than one point, I wondered if it was worth it, what I was going for. If this was the right time.

I recognize that some seasons in life are not at the right point in time. Though entrepreneurship is cool, and there are a wide variety of areas to choose from, it isn't for everyone. Longhorn Startup, UT Austin's class for entrepreneurship, was great in meeting new people and getting exposed to the startup scene. But as Josh Baer, the professor, once said, not everyone will continue to work on a company.

Maybe in the future, entrepreneurship will be a calling that I will have in my life. Maybe I'll feel that tug for a certain issue that's going on in life. Or maybe the time had already passed, and I already missed my opportunity.

Nonetheless, though I'm sad to leave the scene, I'm at peace with this decision that I've made. I've gotten to meet amazing people, learn a lot of business terms, found the ups and downs of management, and taken away many experiences from a wonderful "small" community that influences a big part of the world.

Farewell. Till next time, entrepreneurship.

Thanks for reading guys! It seems like a lot of you guys have lots this coming week, but don't fall or give up yet. Only a few more days till Spring Break! Keep on fighting the good fight, and you'll get some good rest, or at least a breather, when it arrives :)

Anyways, I'm unsure if I'll be posting a blog post next week, so you probably won't hear from me soon. But as always, take care of yourself when you can, and I'll see you guys in the next blog post :) Ciao!