Finding Meaning in My Work (Part 1) 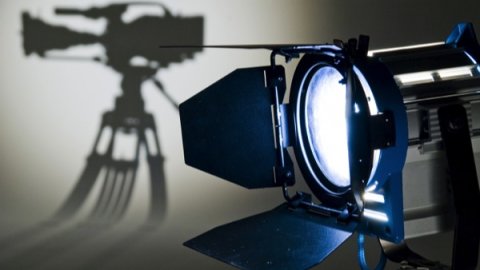 During my monthly existential crisis, I'll often draw an analogy between larger tech company employees and the cast of a movie. In my analogy, the CEO is the star, the person people talk about when they discuss the movie. E.g:

"Bro have you heard Google's harvesting all our data? I don't trust Sundar Pichai, man. I think it's his eyes."

Then you have the lesser known actors-- the supporting cast. Actors that film buffs might recognize, but most people refer to them by the character they play. For example, casual movie goers may discuss how they liked "Jim from Boyhood's" performance, but they won't know the actor is Brad Hawkins. Similarly, people might discuss how Google X comes out with some really cool products, but no one knows who Astro Teller is or anyone else who works there.

I could go on for a while, down the tech and film hierarchy, and the analogy probably gets iffy at points, but the relevant part is the analogy to the summer intern.

On every recruiter call, whether it be for Juicero, a company that makes a printing API, or a fresh air delivery service, you will be promised impact, ownership, and meaningful work. Before I had a real job, but after a round of ridiculously hyperbolic recruiter calls, I really believed interns redefined companies-- that interns rebuilt complex, user-facing, features from scratch, that they sat down with executives to roadmap the 10 year plan of the company, that they weren't just playing ping-pong and shotgunning LaCroix eight hours a day. I went into my first interview with Google still high off recruiter calls, believing every software engineer was a CTO. During those last few awkward minutes where you get to ask questions, I learned that my interviewer worked on Google AdWords. Reaching into my bag of smart-sounding words to form questions with answers I didn't really care about, hoping to get the interviewer talking for the remainder of the time so I could stop stressing about what to say next, I asked:

"Wow, that's so cool! What was it like architecting such a complex system?"

He laughed. "Man, there are like hundreds of people working on AdWords and it started over a decade ago. Everyone works on a very small, but obviously important, part of the system."

Before this exchange, I totally believed when someone said they worked on "Huge System X", they meant they and 3 other engineers (two of them interns, of course), all stood in front of a whiteboard for a week or two and just made all of it. Sure, my most complex program might have been an awful 700 line, text-based Java game about malicious goats, but I assumed that I'd learn how to design these insane systems at my internship. I realized how wrong I was when I started working. I was tasked with modifying a small part of a large system, solving some needs-to-be-fixed-eventually problem, but nothing worth talking about, and definitely nothing worth being recognized for. You might be thinking: "Well that's completely ok! Interns are here to learn!", but I'm not yet convinced new grad work is much different.

And so, in this movie analogy, I liken me, the intern, to a Backup Assistant Lighting Technician. Replaceable and disposable (a full-timer could have done my job in a fraction of the time), but still assisting with some important task, playing my part as a cog in the machine. I'm not familiar with film crews and am unsure if Backup Assistant Lighting Technician is a real role, but you can peruse the surprisingly extensive film crew wikipedia page for something equally absurd. Location Assistant is my personal favorite:

"Hired by the location manager to be on-set before, during, and after the filming process. General responsibilities include arriving first at the location to allow the set dressers into the set for preparation; maintaining the cleanliness of the location areas during filming; fielding complaints from neighbors; and ultimately, at the end of the filming, making sure it seems as though the film crew was never there. There is generally one to three assistants on a shoot at any given time."

Each member of the crew, each actor, promoter, and business developer at the production company serves some necessary role, or they wouldn't be paid. But the question I sometimes ask myself is, when the movie is first screened to the cast and crew, when the opening scene illuminates the faces of the main actors and directors, what's the location assistant thinking? Does he feel a sense of ownership of the movie in front of him? The same emotions as the protagonist and producer? Is he proud of his work or is his job so specific, so far removed from the big picture, that he feels like a stranger in the audience, simply enjoying the free popcorn and daydreaming of weekend plans?