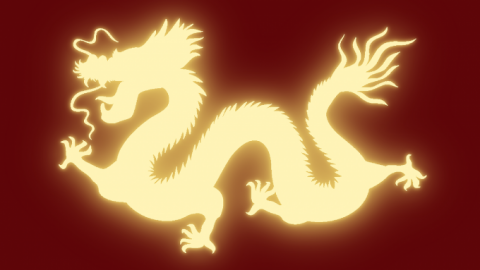 Slowly, as the semesters go by, most of the required courses I need to take as a CS Major gets checked off the list. With this, much of my schedule has become more freeing, allowing me to pick and choose classes rather than be "forced" into the regular intro courses.

For this semester, my schedule has become pretty interesting. For the first time ever, I'm taking only 4 classes, which feels really weird. Though I'm still taking more than 12 hours and half the classes are CS, I've been able to enjoy my classes a bit more rather than completely get suffocated by school life (though maybe that comes later in the semester).

One of the classes I'm taking is Taiwan Colonization, which is about the history of Asia's development and the colonization of a country, Taiwan. If you didn't know, Taiwan is this relatively tiny island on the right side of China, southeast of Korea and Japan, and north of the Philippines. It's an island that is rich in culture and diversity, and yours truly (me!) came from the place.

Now typically, I don't like history. In fact, history is one of the few classes that I, unfortunately, cannot pay attention to because 1. it involves a lot of reading, 2. it involves a lot of essays, and 3. I have an apathetic view of how history has played out throughout the world and would rather focus on current events rather than the past.

Additionally, having to take a history class means I have to purchase blue books for exams, a foreign concept I've never experienced. These "foreign" blue books are a replacement for scantrons and allow people to write essays and answer questions to turn into the teacher, except you need to pay for them. (Fortunately, they are pretty cheap, and are more of a minor hassle rather than a huge incidence.)

But I really enjoy this class. Maybe it's because it's about my culture and I intentionally chose the course to learn, or I've had more time to focus on the class, but nonetheless, I found out some interesting things that happened back in the day.

In fact, we learned some pretty wicked stuff - not only about the different colonies that have gained control over a single island, but also about pirates, the interesting relationship the Dutch had with the Chinese, and the biggest betrayal a guy carried out on one country to another, a guy named He Bin.

For context, He Bin was one of the most trusted translators for the Dutch colonists, rolling in a lot of moolah for communicating commands and announcements between the Dutch and Chinese counterparts. He was also one of the craziest businessmen back in the day, and pretty dirty in his deals (if I may say so myself). Not only did he utilize his partnership with the Dutch to receive top-of-the-line license deals which allowed him to tax settlers, but he also bribed his way through many failed political dealings, escaped jail 4-5 times, borrowed huge sums of money and never paid people back. and even ran away from Taiwan to China after a huge scandal where the Dutch were basically after his head for a failed business transaction.

The reason why he's recognized for the biggest betrayal, in my opinion, is because when he escaped from the Dutch, he ended up going to the emperor of China, revealed info of the Dutch colonies in Taiwan, planned a military excursion, and led the Chinese into Taiwan to kick the Dutch out, which succeeded.

What a history lesson for the day.

Anyways, though this history class has all the things that I dislike about history (feelsbadman), I believe that it will be a fun learning experience. I'm looking forward to what this non-CS class will be like, as well as this semester.