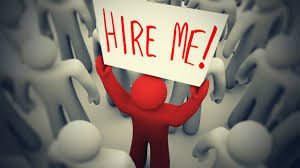 Guess the Scene: I do not know what I’m doing and it’s just me, the whiteboard, and an unbearably awkward aura, accentuated only by the mute blinking of the engineer sitting at the table behind me.

Where am I? An interview (that is crashing and burning) of course.

Interviews were (and still to some extent are) the bane of my existence. I was very skeptical of them because I am skeptical about anything that involves packaging myself into a pretty box with a bow: college applications, popularity-vote leadership positions, scholarship applications, etc. My belief that interviews were not a true representation of a candidate’s capabilities was bulletproof. First, I had to prove myself to someone who I imagined (overdramatically) was holding the fate of my life in their hands. To do so, I have to use an hour of conversation as a stand-in for the sum of my experiences of the past 20 years. Worst of all, I felt like the whole exchange was a forced social interaction littered with forced conversation. Frankly, it was horrifying and terrifying and I hated everything about it. I would have considered sacrificing my first-born child, Rumpelstiltskin-style to just get an internship and bypass the interview process.

I will admit, that after my first career fair experience, a small-ish part of me was relieved when I didn’t receive any follow ups for interviews. If anything, that was a mark of how much interviews terrified me, but when my present-day self recalls this memory, she feels a shame so thick that you could cut through it like butter.

Good News: After actually doing quite a few interviews, my view on them has changed. Do I love them? No. However, I decided that as long as there are going to be interviews, I might as well get good at them (unless I prefer being unemployed). They are still sometimes stressful, but I’ve come to accept them as a necessary evil, and sometimes even enjoy them (It’s weird, I know).

Given that it is currently recruiting season and that interviews are as proliferous as the pumpkin spice lattes Starbucks has been cranking out, I’ve been thinking about them a lot. I’ve especially been thinking about about how I went from being a trembling mess to a seemingly confident interviewer. The change didn’t occur overnight or magically, I had to consciously work on various skills to improve my overall interview performance. I consolidated my thoughts into the following tips that I had followed:

As obvious as it sounds, I had to consciously remind myself to be a personable person. During my first couple of interviews, I made the mistake of being so focused on details that I forgot to be pleasant and friendly. I was either frantically reviewing technical details in my head or running through the many of practice questions I had done, trying to anticipate the coding question I would receive during the interview. The result was that when I walked into the room or picked up the phone, I had intense tunnel vision. When I was hyper-focused on answering the questions perfectly, I forgot how to have a coherent conversation. I could barely string together enough words to offer up more than a sentence in reply to any question. This wasn’t going to impress any of the recruiters or warm them up to me. So now, I always remember to calm my mind before an interview and always start with a smile on my face.

Being able to hold conversations is a skill. Some people naturally have a knack for it and some don’t. For most of my life, I fell into the latter category because I used to be the kind of shy where I would rather die(or more realistically walk around the grocery store an extra 45 minutes looking for something) then talk to a stranger. However, not being able to effectively communicate is a  handicap. I got better at holding conversations by meeting so many people in college. I found myself talking to just as many acquaintances and strangers as friends in a given day. At first I used to mentally panic as I tried to keep the conversation away from awkward-silence land, however, now, after a couple years of practice, I have found that I can have some sort of interesting conversation with anyone and have them understand what I’m trying to say. If anything, this is one of the most useful skills I have picked up in college. More so, because interviews are basically long conversations where I am being evaluated. If I can’t communicate my thoughts to the interviewer, I might as well not be in the room.

Interviews are important. There’s no way around that fact. They are the gate to a lucrative career and will open based upon your performance. They are what stands between you and employment. So it’s not surprising if you’ve mentally bestowed some divine power up interviewers as gatekeepers. I used to think that way. In my mind, interviewers were supreme; they were genius-smart, ultra-capable, super-cool, etc. By projecting all these traits onto every interviewer I met, I was building up a persona that terrified me. I was creating a perfect person that would judge me for my imperfections. I was making myself extremely nervous, and it was all in my head. To combat this, I had to change my line of thinking:  Everyone on this planet is human. As cheesy as this sounds, interviewers are going to laugh and cry the same way you do, get cranky when they’re hungry like you do, and procrastinate like you do. I found that it was really powerful to humanize interviewers. I didn’t feel as nervous when I had internalized that they were ordinary. This also became evident when I actually started going to a lot of interviews. Besides the fact that my interviewers had superior technicals skills and more experience than me, I could see that they were very much human. Some of them were infinitely more antisocial than me. Some had trouble making eye-contact with me through the interview. Some had an exceptionally charming laugh. Some had a killer fashion sense. Some had a non-existent fashion sense. Many of them had families and often children. All had some sort of a sense of humor. Most importantly, I found that 99% of my interviewers were lovely people that unfailingly helped me if I struggled during my interview. Internalizing this idea has been the biggest step to reducing my nerves.

This should be obvious. There are heaps upon heaps (pun entirely intended) of resources out there to help you prepare for interviews, including technical and behavioral questions. Everyone should also have access to friends, classmates, acquaintances, or even family who would help you do a mock interview. I’m very strict with myself in that, If I haven’t practiced reasonably then I don’t get to complain. If I got a graph question during an interview and I haven’t practiced any graph problems recently, then I should quit moping about my “bad luck” and go practice some graph questions. This is the thing I struggle with the most because practicing is not glamorous and is time consuming. However, the results are indisputable.

This is similar to practice. There is more to an interview than just the technical questions. I do everything in my power to prepare myself for those aspects of the interview. I research the company’s products, I ask everyone I know (and even some strangers) who has gone through the same process for information about the interview process, and even look up my interviewer on LinkedIn. The goal is to walk into the interview and not be taken by surprise or find myself not knowing what to say.

I am very happy that interviewing has gone from being a mysterious black box to a less-mysterious, opaque box. I still have a lot of work to do, however it’s comforting knowing that what I’m doing is not impossible!