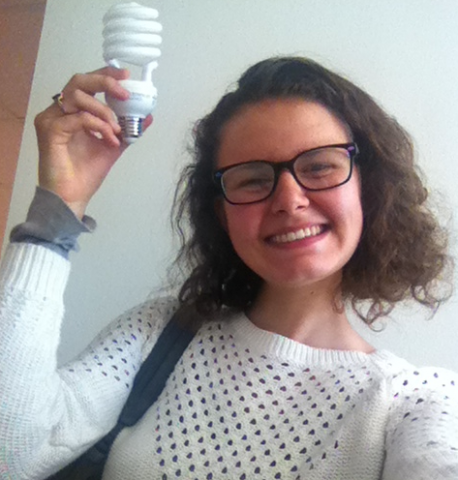 I raised my hand to give a totally incorrect answer in Data Structures today, I had to Google the capitalization rules for this article, and I have never in my life solved a Rubik’s Cube without peeling the stickers off. Yet when I made grades that greatly exceeded my family’s expectations, the word smart was attributed to me daily over winter break.

I don’t buy it. Yeah, I finished three semesters of calculus, but all that meant was staying awake during class, turning in the homework on time, and reviewing the material before tests. Anyone could have done it- it’s not like I had to be Leibniz or Newton.

The thing is, “smart/not smart” is just an idea we made up to classify people who know how to put effort into doing somewhat complicated things and other people that don’t. In a lot of cases (and I’m not saying that this applies to my situation, necessarily) it’s an excuse not to do them. “I’m not an English/math/science/Klingon (which is apparently a real class at UT) person,” is an especially common variation.

And it’s damaging. Because if you’re having a hard time conjugating the world’s nerdiest verbs, there’s probably a legitimate reason: maybe you aren’t well-prepared for the class, maybe you haven’t been studying enough, maybe 8:00 AM just isn’t the best time for your brain to function.

Not that we don’t have our differences, but it seems to me that it is less common than people think to find someone who is drastically less capable than someone else at doing the exact same thing. Especially when the task at hand is, say, completing a university class. They’re designed for all students to have a fair chance at success, not just the ones who went to math camp in third grade.

And I say fair chance, not equal chance. Because yeah, some people do have advantages- maybe they went to better elementary schools, maybe their parents made them read more books when they were little. But again, if you’re in a college-level class, you shouldn’t expect to do worse than others before you’ve even started. Everybody has strengths and weaknesses. What’s important is being able to identify your own so that you can work with them.

The point is, if you’re not doing well in something, there’s probably a specific explanation. And if you have an explanation, you’re quite a bit closer to finding a solution. Actions are better than excuses, and improving upon your shortcomings is what learning and personal growth are all about. So now I have to figure out why I got that question wrong in Data Structures.

Find the thing you are lacking of, increase it.
So someone who is mentally deficient who signs up for calculus has a problem that can be "fixed", and if that problem is "fixed", they'll do well in school? Um, no. People are born with different capabilities. There are plenty of people in this world who are accepted into college who are not capable of passing certain classes.