Interviewing on the Side 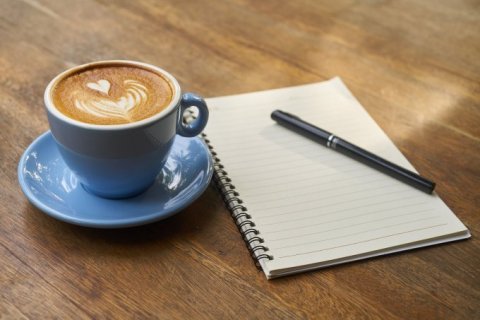 As an interviewee candidate, whenever I walk into an interview, there are a lot of thoughts on my mind. How should I portray myself? What questions will the person ask? Is my tie on right? Will I enter the next steps? If I'm well prepared, I can confidently go through an interview without much problem. If I'm a bit tense, it takes a bit of time before I ease myself through the interview. If I'm a mess, well... it's a mess.

But for the first time in my life, I walked into an interview being the interviewer. This was a new experience and brought about many preceding thoughts. I shouldn't get nervous. Since I no longer have to sell myself, I felt that all I needed to do was assess a candidate, help out in the "executive" decision, and that'd be all.

That wasn't the case.

It's weird. For 3 Day Startup (the org I was an interviewer for), there definitely was a specific guideline to follow in order to find people who fit a certain match. But there was a realization that interviews are not a one-way interrogation, where the interviewer presses on the interviewee with probing questions in the hopes of finding a successful candidate. Rather, it's a two-way conversation, where though both sides do have distinct intentions in entering an interview, interactions should move as if a potential friendship/relationship is formed - both parties get to share their ability, experiences, and personality.

In fact, unless an interviewer doesn't care about the interview, interviewers love conversational interviews (at least my extroverted-self does)! Who wants to read from a script over and over again? That's repetitive and boring! It's so much more free-forming to discover a person's values and vision through more genuine conversation and makes a person more memorable.

Unfortunately, I'm not good at facilitating conversational interviews. Our team had an interview workshop, but I was unable to make it. So, because of it, I had to follow interview notes that were script-based, and the first few interviews were super robotic even though I explicitly shared about transparency over the interview as a conversation. In fact, it was horrible because many of the candidates for the interview had many amazing accomplishments, so I felt pretty inadequate as an interviewer.

But after the first wave of interviews, I felt much more comfortable with the style. I felt I was getting to know a person rather than inserting questions as input into a black-box container to receive a given output. In fact, I got to have some pretty refreshing conversations with some people, not only about 3 Day Startup but also about other entrepreneurial adventures that people have gone through.

One guy I talked to reminded me of myself when I had first entered entrepreneurship - open, excited, and ready for anything thrown at him. We got to both share about our technical/non-technical backgrounds, and I got to encourage him in his future advents in entrepreneurship.

Another guy seemed to already have all the skills/tools he needed had already had two startups, sold one of his companies, and was ready to launch his second company within the week. It was pretty crazy hearing him share about the rollercoaster ride he went through since he sold the company and I felt admiration sitting in front of a guy who succeeded in the entrepreneurship world.

Anyways, that aside, looking forward, I believe that having a glimpse into being an interviewer for 3 Day Startup has revealed a lot of things that will make interviewing easier for me. The biggest takeaway from interviewing was being in the shoes of an interviewer and realizing that I was just as nervous as an interviewee.

At least that's my opinion, but I've only been an interviewer for 7 interviews, so take my words with a grain of salt.

Thanks for reading this blog post. I've been busy and overwhelmed with work, as I'm sure you guys are also ._. My encouragement is to push through! Don't let the busyness tire you out. Present times are rough, but it's only a small part to a bigger piture.

Anyways, take care guys. I believe in y'all! Keep on fighting that gucci fight, and as always, I'll see you guys in the next blog post! Ciao :)