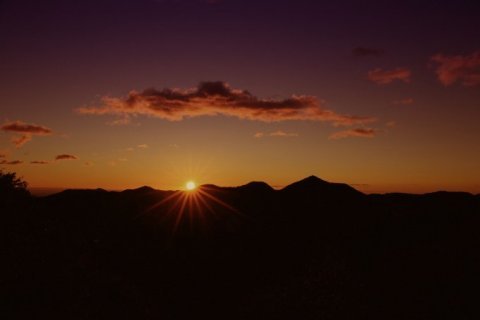 I tried blaming UT, since it was easier than blaming myself, but it was too hard to with all these peppy students clad in burnt orange jumpsuits, whose first word was "Bevo" and still Hook 'em'd in pictures a decade after graduating. Their natural happiness evinced the perfection of my situation, and so, I felt increasingly personally responsible for this loneliness.

Still, "fixing" myself, seemed impossible. Friends excel at questions like, "yo should I cop these shoes?" or "yo what classes should I take next sem?", not "yo is there something wrong with me? am I unlikable? is it my actions or something more fundamental? do you talk to me out of an obligation of politeness? why didn't you respond to my texts (this isn't rhetorical or an accusation, I genuinely want to know your thought process so i can improve and if you say 'I fell asleep' i'm going to scream)? can you please please please please enumerate my flaws without being nice, I mean actually tell me because nothing I try is working?" because your desperate self-doubt will scare away the few you have, and the ones that stay will try their hardest to avoid planting insecurities in this fragile person in front of them, and so you are left with unhelpful but well-intentioned evasions like "uh haha idk I think you're cool, maybe try joining something else?".

Even now, only a few years removed from this period of my own life, I'm cringing for this person; all I can give him is an uneasy sympathy. Sometimes I'll see that part of myself in strangers, the part that's just a little too eager to meet a stranger, the part who's humor is just a little too self-deprecating, the part that skirts at the fringes of groups, the part that lingers for a moment after club meetings, hoping he will be graciously enveloped by one of the circles around him that are talking and laughing before the empty space between him and everyone else makes itself painfully apparent and he quickly shuffles out of the room. I want to hug these people and tell them it gets better but I don't because I'm probably just projecting and the kid who shuffled out probably just had a doctor's appointment he had to run to and I don't have the courage to take that risk.

I want to tell him that he isn't alone-- he isn't alone, and it gets better. Not "you aren't alone" like "everyone feels the same, some are just better at hiding it", because we both know that's a lie, but "you aren't alone" because I've been there, and I know that pit-in-stomach loneliness that keeps you up all night and seems like it'll never go away. I know how hard it is, how futile it seems. I don't know your flaws or if they even matter-- whether or not you're too quiet or have a weird walk or a strained smile or interview people rather than conversing with them or take jokes too far or have reclusive interests or know nothing about sports, politics, or Game of Thrones or share so little about yourself that even after a two hour conversation no one would be able to form any sense of your identity. But I do know it gets better.

I know you're tempted to give up. To start wearing hats just so you can pull the brim down. To assume a permanently scorned expression that guarantees no one will talk to you, that will make this feel less like giving up and more like a choice. To live somewhere far away with a supremely comfortable desk chair and fighter pilot grade noise-canceling headphones and never come to campus. To rationalize it to yourself, to tell yourself that friends are a distraction, that you'll worry about that after you're rich and famous.

Don't. Because I promise it'll get better, and when it does, it'll be so worth all those shattering moments when you finally muster up the courage to be vulnerable, to expose your fragile ego to the world, only to have it turn away.

It'll get better, because your probability of making a connection isn't zero. You aren't that special. Maybe it's a fraction of a percent-- 0.2%. For five hundred people you talk to, there is one that reciprocates and will eventually accept enough of you to where it doesn't feel like you're wearing a mask.

Then you go talk to five hundred people. You live in the dorms another year even if Kins is trash and join more clubs in spite of none of them having worked out yet and ask the person next to you how to do #6 on the homework and talk to someone every day until your chance friendships turn into good friendships. It will be disappointing and tedious at first. There will be people who think you're weird, overbearing, desperate, and it will hurt, but the acute pain of rejection pales in comparison to the persistent, gnawing pain of living life anonymously. All you need is a few successes and then you'll meet friends of friends and your probabilities will increase and you will finally feel contentment.

You'll finally ask real people for help rather than Google every question on your problem set, only to find one desperate query by Adam128 on Yahoo! Answers in 2005, and, filled with the motivation that comes with knowing you won't be stuck forever, more of your life will fall into place. You'll finally be connected to the domineering campus walls you used to be intimidated by and your dorm will no longer feel suffocating, your interactions with your co-inhabitants no longer limited to moments of sheepish eye contact as the giant who lives next to you exits the bathroom, having clogged one of the two working toilets yet again, and you will have a few friendly faces in constant proximity, and work will become more light-hearted as you yell and laugh about failing every test case an hour before the project is due because struggling with others is so so different than struggling alone, and you'll find that person you love and skip class to lay on the West Mall lawns, holding hands, listlessly blowing grass whistles in the sun, and lectures will become less sterile and transactional as you begin to take them with friends, and you'll attend an office hour or two where you and your professor laugh at the absurdity of sentences like, "the question of Being, not only being as being but the Being of beings, the nature of Being as such, has not been properly thought", and you will cherish these normal crumbs of life so much more because of how difficult they were for you to find.

You will go back home and your friends will again ask you, "hows UT going?", and you'll reflexively begin to bash it, but then catch yourself, because as you search for your mental list of Reasons To Be Sad all you can find are memories of drunken cliff-jumping into Lake Travis and stargazing on the roof of Chipotle and all those till-sunrise conversations that slowly erased the deep-seated disaffection you carried.

And eventually, you will graduate. Feeling sentimental, you will scroll through four years of photos. You will watch the progression of the occasional picture of a lecture board or binder paper, to stills of people you never thought you could miss in settings you never thought you'd become attached to and private snapshots of the idiosyncrasies of college life most take for granted but you thought you'd never experience.

And then, the next time some nostalgic, middle-aged, mom tells you those were the best four years of your life, you won't at all mind.