The Need for Computer Science Education (Part I of II)

Because a great deal of fortunate events lead to my eventual arrival at UT, where I have more available opportunities in my future than I would have ever before thought possible, I have gained a great desire to “pay it forward.” One such opportunity fell into my lap last semester when I joined the group GirlAdvocates!, in which the group’s members go to the local Webb Middle School weekly throughout a school year to meet with a young female student simply as a mentor and role model. 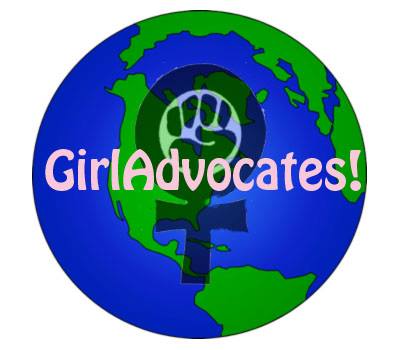 Based on a brief personality survey, I was paired with a girl who excelled in math and science. My naive mind immediately jumped to hopes that, in the first meeting, I could convince this similarly-minded girl to also decide that computer science is the best thing in the world, and then for the rest of the year we could create a plan for how she could get into UT to major in computer science by the time she graduated high school. Of course, things didn’t play out quite as I had hoped. While my mentee’s face would light up when talking about algebra or her science class, the minute I mentioned “computer science,” her expression went blank and bored. I realized quickly that, while she had plenty of experience with the byproducts of computer science, from computer-based math games in the classroom to Angry Birds on her dad’s cell phone, she had no idea of the kind of work behind them.

This experience with a middle-schooler’s reality reminded me that I was once in the same position, attending my small high school in Pennsylvania in a hometown of population 6,000. Sure, I was always the go-to guy for computer problems in my neighborhood and I could tweak a few settings here and there in my Star Wars PC games, but, like my mentee, I had no opportunity to pursue a deeper awareness. Without the chance in high school to discover computer science, I never even considered it during the “so what will be my career?” panic moment of high school we all have somewhere between 10th and 12th grade. Two years into my pre-physical therapy major, I was taking apart the broken laptop of yet another student in my dorm when she said to me “Why aren’t you majoring in computer science?” For the first time, I considered this question myself, and decided to take my first programming course the following semester. I fell in love with the logic behind it and, eventually, transferred here to UTCS at 21 years old to pursue that passion.

The realization that my mentee currently has no opportunities to gain an awareness of computer science led to an epiphany that I was not alone in my experiences. There are many more out there like us who have no interest in one of the most uniquely challenging fields simply because we don’t have the chance to try it. I decided to see just how deep this lack of opportunity went, focusing on the Austin area for simplicity and to see how well it lived up to the “silicon hills” label. What I found made me realize why the UTCS student body is made up of such a diverse population, and students actually coming from Austin are, in my own experiences, one of the smaller minority groups. Read the next article, “Will the Demand Meet the Need for CS Education?”

Taylor! This is such a great article! I am so glad that you have had a valuable time during your time with GirlAdvocates!