I used to wake up every morning at 8 AM.

I would get up, shower, get breakfast (and coffee) from the LPC, read The Economist on my phone as I munched on a breakfast taco, and then read my real analysis textbook for a while until my first class. I would also stay up late working on OS or computer vision assignments, preparing activities for my FIG, building out a side project I had been working on, or writing articles for this blog. I’d get 3-4 hours of sleep a night, rinse, and repeat.

Then, I had to go see the doctor, because the only way of making this routine sustainable for me was with a lot of coffee. Like an unhealthy amount of coffee. I discovered too early in the semester that I had a love for Starbucks Doubleshots, which was quickly succeeded by massively overcaffeinated drinks from Starbucks, which eventually deteriorated into Red Bulls on a regular basis. Which is how I ended up in the SSB, waiting for my EKG results, because the fact that I could feel my heart beating painfully quickly was starting to scare me. Luckily, miraculously, everything was fine and there were no systemic problems, but my doctor told me I needed to stop drinking coffee -- or at least cut down on it.

Now, I roll out of bed at 11:30. I skip my morning classes, usually because I just don’t have any energy to get up and shower before noon. I’ve still been working constantly, but I get less and less work done as the weeks go by. I’ve been watching more TV, playing more video games, reading more for pleasure, just to try to escape from the increasingly crushing workload I’m finding myself burdened with.

Honestly, though, the worst part is the fact that I just don’t find anything I do that exciting anymore.

I used to be able to sustain my schedule not just through a massive amount of caffeine on a daily basis, but also because I genuinely found everything I was doing interesting. I was building an operating system from the ground up in OS -- not something a lot of sophomores can claim as an achievement. I was learning how to do things in computer vision, a field I had never even considered as an avenue of interest before. I was even learning how to be a better teacher and mentor from being a FIG leader.

Eventually, though, the novelty of building the OS from scratch faded away as the reality of having to build an OS from scratch -- literally from scratch, without the advantages of libc -- started to set in. Computer Vision became more and more of a drag as I found myself unable to keep up with my groupmates, who were always at least a year older and more experienced than I was. Even real analysis, a field I had approached with such anticipation and excitement, was becoming more and more boring as it became clearer that it was just a harder, more pedantic version of calculus. 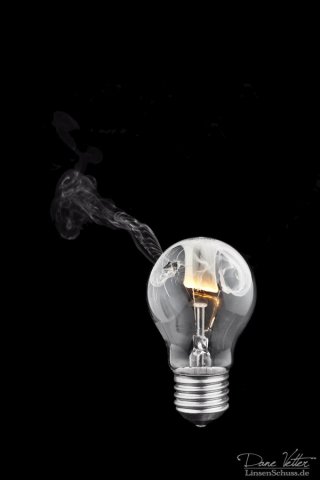 And the thing is, when you drink three to four shots of espresso a day, you don’t really need to be excited about anything. The caffeine takes care of that for you. And when you quit caffeine cold turkey, like I did, that massive fire under you suddenly disappears. And as a result, I have to find everything I do interesting for its own sake, and thereby find the excitement and passion I need to do well -- and the more I find myself faced with problems I can’t solve or even understand, the more that interest, and as a result the excitement and passion I need, disappears.

I think -- and hope -- the answer to all of this is a good break from everything. It is too often, especially in computer science, and especially among driven people, that we define our breaks not by what we don't do but rather by what we accomplish. A break, especially winter break, is not meant to be a time of accomplishment. It's meant to be a breather, between one semester and another.

However, especially in computer science, for many there is this allure to computer science -- the allure of immediate gratification. In CS, after a certain point the barrier to entry into a new programming language or framework is so low that it's easy to devote the six weeks we have between now and the spring semester to try and learn Android or Ruby on Rails, just because we can and we're equipped to do so.

But in reality, this is a time to divorce ourselves from our academic lives and to relax for as long as possible. I personally doubt I'll be able to avoid at least playing around with a side project for all six weeks, but as long as I can I'm going to fill my time with doing things as far removed from schoolwork as possible. So to all of you, who might be feeling stressed, overworked, or burnt out, I suggest that you take this time to allow yourself to be free of burdens for as long as possible. And when school starts up again, and the stress of a new semester begins to set in, you will have a clean slate from which to start.

This is also my last blog post of the year. It’s been a really wild ride so far. My post on why UT is a great option for college got more than a thousand page views, and two separate people came up to me and told me that that article convinced them to don the burnt orange and white. Although a lot of my articles garnered a fair bit of criticism, it was made up for by the outpouring of support from you guys. Thanks for everything, and I’ll see you in six weeks.

EDIT: A lot of people, after reading this, told me that this was a rather dark departure from the usual tone and voice of my articles. To clarify, this is not meant to be about me; I use myself as an example because it is the only one I have. Every article I write has a point—perhaps to reflect on a situation in which I found myself, and to provide advice about how to resolve it, or perhaps to discuss something that I feel should be brought to public attention. This article is of the latter variety. I know from personal experience that there are countless people who are or have gone through what I describe here, and especially in computer science, there is often a lack of interpersonal communication that makes us believe that if we are stressed or burnt out, we are alone. The reason, then, that I wrote this, is to tell you that if you ever find yourself in this situation, you are not alone—that just because the world is silent about this doesn't mean that it has nothing to say.

I think you are depressed. I'd get back to the SSB and get some help. Hope your break works.