It's been a very hard week: my laptop is in repair and I had a program due that neither I nor the TA helping me could seem to debug. On top of that, I'm pretty unsure of what I'm going to take next semester since a lot of the classes I needed were closed.

But even though none of these situations have changed, I'm kind of starting to be okay with it. Not having a computer meant I was forced to work in the lab, which while inconvenient has also been kind of fun. I'm really not used to coding surrounded by a lot of other people, but I realized now that it's actually pretty beneficial to have an entire group onhand working on similar things that you can ask for help or work through problems with when you're both stuck.

The class situation hasn't been terrible either, becasue even though the track I had planned may be thrown off a little, I'm going to end up taking some pretty fun classes next semester that I probably would have missed out on otherwise(note: I'd still much prefer that the department continue to hire more faculty and add more classes). I'm not done fighting the registration battle, but I recognize that it's not the end of the world if I don't win either. 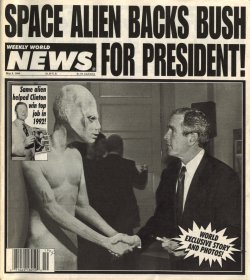 The thing is, if everything worked out for everybody all the time, we'd all be President of the United States (except Obama, who could have grown up wanting to be an astronaut for all I know). I'm not saying that we shouldn't have goals like this, but I am saying that we have to recognize it's not about the world opening up and giving them to us becasue that's just not going to happen.

Instead, it's about what's inside of us and a lot of that is our attitudes. We can treat our struggles as roadblocks and give up when there's too many, or we can see them as detours that still allow us to reach our final destinations. Growing up with LA traffic I can tell you that all there is to this is to avoid road rage and keep moving however you can.