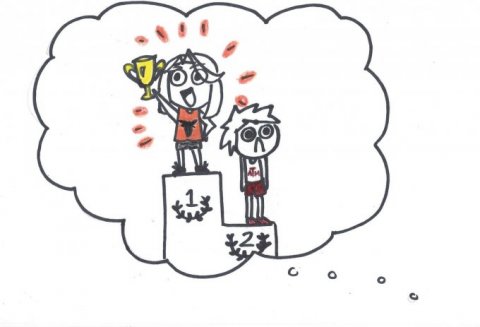 If you’re anything like me, you’re thinking that Orange & Maroon Day is some sort of rivalry day between UT and A&M where Longhorns and Aggies test their mettle against each other. Perhaps in a field day sort of extravaganza that maybe involves some football and a written test of intelligence, where the winning university gets bragging rights over the loser.

The truth is very different – and much better in my opinion. In fact, the real deal is the complete opposite of that scenario. On Orange & Maroon Legislative Day, Longhorns and Aggies temporarily forget about their rivalries and congregate at the Capitol in Austin to meet with the Texas legislature and lobby for continuing the efforts to provide affordable and first-rate higher education in the state of Texas. To state it more explicitly: For example, this year, public universities in Texas (namely UT and A&M) were at the risk of facing a significant loss in funding because of some Senate-proposed budget cuts. Longhorn and Aggie alums went to the Capitol, to meet with representatives, and explain why these budget cuts were a disastrous and counterproductive idea that shouldn’t be enacted.

Now you may be thinking: what does this have to do with me? This doesn’t really affect me in any way. I’m almost done with college, the CS department is probably rolling in CA$H anyway – I mean just look at the furniture in our building – and I’m only here to get my diploma and leave with my high-paying, high-perks tech job. My heart isn’t as pure as those benevolent do-gooder alums anyway.

If that’s what’s running through your mind, you’re pretty much wrong on all accounts. Firstly, while the GDC does have some dope chairs and couches, the department’s coffers aren’t exactly overflowing with riches. The way donations work in the university-system is confusing at best and utterly baffling at worst. So let me explain the important part: Yes, before our wonderful building even existed, a lot of donations were made to explicitly build and furnish GDC. However, anything that is leftover from those donations can only be used for the building (i.e. buying fancy furniture) because that’s what the donations were explicitly made for. That money can’t be used for anything else, such as creating new CS classes, expanding the number of TAs per course, or hiring new faculty. Yes, it does sound quite bizarre. But that’s why funding from the government is super-duper necessary for UTCS to keep providing its students wonderful resources.

Secondly, what happens to UTCS after you leave does and should matter to you. This wasn’t a point I had actually ever really thought of, but I learned that the value of my CS diploma can fluctuate a little based on the current ranking of the UTCS program. Happy news: UTCS has for a while been and is currently a Top-10 CS school (Give yourself a pat on the back. Good choices were made all around!) However, sad news: it’s possible for a CS program to lose it’s Top-10 ranking.These rankings are based on factors such as how many resources can the department provide to its students, how good is the faculty in the department, what is the caliber of research being done by the faculty, etc. The rankings determine a program’s ability to attract top talent and hire new, talented faculty. The faculty and funding in turn determine what resources a program can provide for its students. All of that in turn determines the program’s ranking. It’s basically all an endless, vicious cycle. To a student like you and me, UTCS’ ranking to some extent determines the worth of your diploma and what potential employers will think of it today, 5 years from today, 10 years from today, etc. Why do you think we’re able to pull in hundreds of tech companies to our fall and spring career fairs? It’s not exactly because tech companies have hearts of gold. Because at the end of the day, they are business and they’re going to follow the talent.

As someone fortunate enough to have the opportunity to earn a CS degree from a program school like UTCS, it would be wonderful of you to simply want to pay it forward and try to make UTCS better for future students, but there is also a self-serving reason to convince you even more.

If none of this makes you feel like you ought to do something, then maybe you should start reading from the top again. Haha – but I’m only half joking… Hearing all of this definitely convinced me and if you feel the same way, there’s definitely ways for you to have your voice heard or to make a difference. The first step is to just be more informed about what goes behind the scenes in the education-sphere. I definitely didn’t know about any of this nor had I really given much thought to all the different factors (aside from my tuition) that make my education possible before chatting with a more informed person. Sadly, the next Orange and Maroon Day won’t be for another two years, but that doesn’t have to stop you from calling and speaking to your representative.

However, you can even do something at smaller (but just as important) scale. UTCS has a student run organization called Project Giving Tree that works to tackle these problems. The org hosts events to educate the entire CS student body on the importance of giving back after graduation and runs a giving campaign in April targeted at seniors. Whatever you might choose to do with this information, most of all I encourage you to learn more about this issue because, you know #knowledgeispower