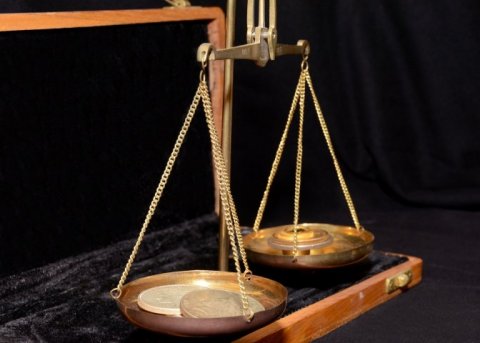 I hate making a decision.

In fact, decisions are one of biggest flaws as a student.

Whether it's applying for jobs, picking orgs to join, or facing a million ideas to work on, I know I can't make a decision when I face so many options.

I'd rather take every option presented to me than have to sacrifice another option.

It's almost like my mind has this impulsive action, thinking "Let's just do it, and worry about the consequences later." I've had this reaction to decisions long before college.

Back in high school, each year, I enjoyed compiling many areas of interests to my life - Volunteering, Orchestra, Piano Youtube Covers, Gaming, Academic Decathlon. On top of that, school hours were filled to the brim with AP, and my "free", whenever I had any, was spent self-studying for the SAT and ACT.

But no. It's carried over into college.

Freshman year, I crammed my schedule with many courses, and went to every CS org/event I could to try and learn all the skills while getting the free swag. I went MAD for skills, aimed to compete at every ACM competition, and wrestled my way into every free food/swag event I could find. The following semester I took both Probability and Matrices along with 429 in order to be free of any prerequistes.

And it didn't stop there.

Sophomore year, I attempted 3 CS courses, including OS. On the side, I dabbled endlessly in hackathons, packing every other weekend with a trip to another part of the state to hack a project together in 24 hours. And because I wanted to focus fully on the hackathons, I'd finish all my projects/homework (which was a hassle) the week before.

The semester afterward, I spurred through my classes, trying to complete both my writing flags alongside Algo. Additionally, I continued my spree of hackathons, which involved countless nights of no sleep.

And throughout it all, outside my school work, I never stopped recruiting, going to church activities, blogging, and picking up other non-sensical hobbies.

I never got a break, a moment to think, or a time to reflect and think about why I did the things I did. Because my decisions were all conglomerated into one mess, I didn't know where I was going. I was clawing around me and pulling in whatever I could fine.

And then summer happened. I didn't have an internship. Because I had spent so much spreading myself so thin, I never really interviewed at my full capacity (if at all).

I had a break.

During that time, I went on a mission trip, and did so many things I never did before. I reflected more. I spent more time thinking over my motives. I learned more about who I was as a person.

But most of all, I learned how to make decisions.

And by the end of that summer, there were many convictions that were placed on my heart, that gave me a moment to orient myself around something that would help guide my decision.

I found that if I didn't have a place to aim my eyes towards, I would spread myself too thin to live. I would chase after many paths, tracing out a squiggly road that led to nowhere.

And I was a bit more selective. I actually made decisions.

Rather than picking all the companies at the career fair for internships, I attempted to filter the companies down to the vision I had. When it came to orgs, I maintained close ties mainly to anything involving hackathons, such as Freetail Hackers and Indigitious Hack.  When it came to classes, I took as little as I could so I could maximize the amount of time I could pursue my interests in entrepreneurship and invest in my church.

And it's gotten way better. I feel like there's a bit more purpose to the things I do. The decisions I make fall in line with at least the short-term end goal in mind.

And sure, I'll admit, it's hard. I've failed to always stay in line with my goals. Picking up a side job as a student ambassador for a small product and filling up a lot of my time doing some officer positions in some orgs was not part of my plan.

But I won't hold it against me. If it's a mistake, I'll learn from it.

With that in mind, as I continue on with finishing off the year, I'm excited to see all that's in store. Though I don't konw what impact the decisions I make will have, I'm sure if I follow it to the fullest, I won't have any regrets.