Read It And Sleep

Listen to any conversation in PCL during finals week and you’ll be reminded that college is really, really difficult. Not only are we told that our GPAs will define the rest of our lives, we’re also expected to be involved outside of our classes, have some sort of social life, stay in contact with people from home and somehow manage to get more than twenty minutes of sleep a night (and of course any free time you all have should be spent reading this fantastic blog). 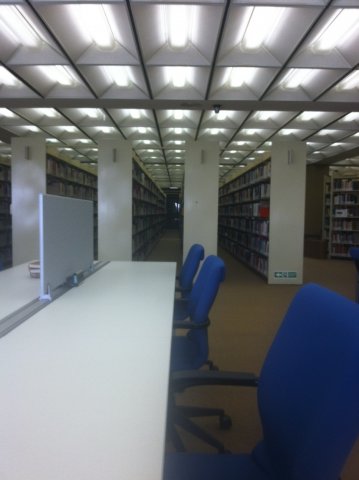 But even though we’re all going through more or less the same thing, I think that there’s a huge variation in how much we have to suffer to accomplish the same tasks. Looking back at high school, I remember that whenever I had a math test I would basically lock myself in my room the day before and stay at my desk doing practice problems until oftentimes around three or four in the morning. It was absolute torture.

By the time I got to UT, I realized my roommate probably wouldn’t be thrilled to live with someone who stayed up frantically cramming at the last minute every few weeks. So I started doing what I always thought my high school teachers were joking about in the past: planning ahead and working with other people.

Oddly enough, it actually worked. And, I felt like I was cheating, almost. I was able to make good grades while having fun and not being a sleep-deprived zombie the next day. Fantastic.

I realized that school isn’t designed to completely wear you down—the assignments we’re given are actually pretty reasonable, if you just tell yourself that they are. This had a huge effect on what I want to do with my life. Instead of getting out as soon as possible with a degree that’s “good enough,” I’m actually dreading the day that I walk across the stage to graduate now. I stopped seeing Ph.D. students as insane quasai-human geniuses, but just as people who are organized and know what’s important to them.

Anyways, with rare exceptions, I don’t think that education is trying to “weed out” any students. I think it's just our perception that this is going on that really hurts us. And it doesn’t have to be that way —just grab a friend the next time you go to the library and remind yourself that geology really isn’t that bad.