The Role of School 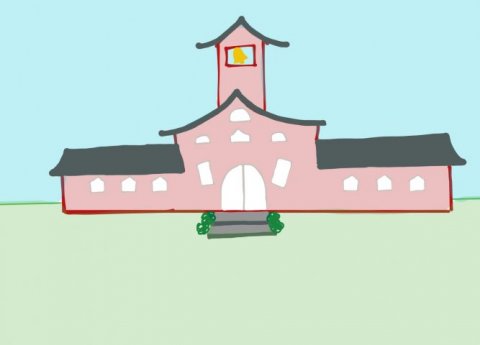 I’ve been thinking a lot lately about the role school is meant to play in setting students up for the rest of their lives. Elementary school was a mix of fun and learning how school works. Middle school started introducing curriculum that would build later in high school classes and stressing the importance of doing well in school. By the time I hit high school, school had become less of a place to learn and more of a place to compete. It was all about getting the best grades, scoring the best in standardized tests, and doing the most extracurricular activities that you could then put on your resume and show the world that you were a well-rounded person. High school (for me, at least) was nothing more than a glorified competition to get into college and earn bragging rights. The most useful thing most I learned in high school was how to put in as little effort as possible to achieve high results, and what kind of good life habit is that? (Spoiler: not a good one.)

When I was making college decisions back in senior year of high school, I falsely thought that I was picking a path for my life to follow and there was no room to change later down the line. I was committing at a time when nothing seemed certain and everyone wanted me to choose what direction to take my life in. I didn't want to think about the future, and I didn't know what I wanted to do with my life, so I chose something I thought I could stick with for life. When I got to college, though, I realized things weren't nearly as straightforward. The process of getting to college was a lot more stressful than actually being in college itself. As a college student, you can take whatever classes you want, and you have more freedom and control over your life than ever before. Sure, you probably want to keep up a high GPA and make sure you're doing all the things you need to for success in whatever field of study you've chosen. Still, at least in my experience, a lot of the toxic attitudes surrounding grades, resume building, and success have dissipated. I don't feel the pressure to do things just because they look good on my resume or because I have to prove that I'm a competent human being.

What role does school play now, if not just a vehicle for getting into college?

When I was in elementary school, my parents, like many, enrolled me in every sport imaginable to help me figure out which one I liked. When you're in elementary school, nobody cares too much if you mess up while playing sports or if you're not "good" at the activity you're doing. It's more about having fun and figuring out what you're interested in, and everyone gets participation trophies at the end to reward their hard work. College is much of the same way. We college students have a much better idea of what we're interested in, of course, but there's a lot of latitude to take courses in areas where we don't have expertise or to join clubs for activities that we don't have experience in. And much like the days of participation trophies in team sports, there's no real consequences for experimenting. I can take a softball class even if I've never played the sport before, and even if I'm terrible at the sport (which I undoubtedly am), I'm still going to ace the class because I show up every day, give it my best effort, and try to learn from my mistakes. When taking academic courses in fields I'm not experienced in, the stakes are a little higher, but I'm of the opinion that my grades don't really matter, so to me, there still aren't any real downsides to taking these courses.

In fact, I think that now is the time to try new things, and now is the time to fail at them. Arguably, now is the last time to fail in a nurturing environment where everyone is still growing and still learning. The real world can be harsh, and it's much easier to learn and to try new things and to fail at new things while surrounded by other people who are going through the same process. You aren't expected to succeed at everything you do in college even if it feels like you are. This is still school, and this is the final step in preparing us to go out and succeed in the real world. It's better to take all the chances you can now when the consequences will be much lower. It's a little intimidating going into a class where I have no background knowledge, but I'm ready to fail, and I'm ready to learn from my mistakes. In these kinds of classes, I feel very underqualified at first, and there's always a learning curve. But once I get over that curve, I know a lot more than I did before about what I like and what I want to do moving forward. I'm excited to use college as a vessel through which I can rediscover my old passions and find new ones that, while not conventionally profitable, are still important to me. That, to me, is the point of school, and that's what school has failed to do for me until now.