Like most of the freshmen in their first few weeks of classes at UT, I decided that going to the career fair to scramble to get an internship was a good idea. Obviously, the earlier I could start panicking about the future, the better.

I didn’t get hired by Google or Facebook right then and there, but whatever. There was still time for the summer to work itself out. In March, I went to San Diego for a conference that I was invited to by one of the recruiters I’d met this year called Qualcomm Women’s Collegiate Conference. 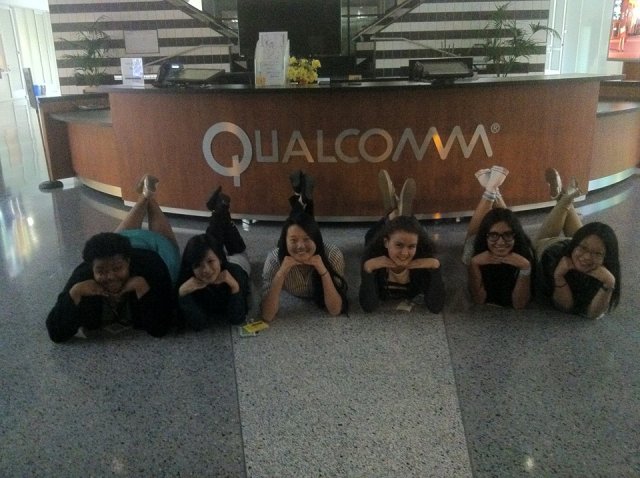 It was really such an incredible experience. I got to see how my major is used in the real world, and the people who organized it and participated just made the whole experience pure sunshine from start to finish.

However I think that I worried too much about getting an internship while I was there. Every night I was on the phone with my family reporting back the likelihood I thought I had of getting a position with the company. And a lot of my conversations with the other girls were something along the lines of “have you heard anything back from them yet?,” followed by a “no, I’m pretty nervous as well.”

I might have gotten more out of the conference if I’d just relaxed, and I most definitely would have had more fun.

I think that we all do this to some extent as CS majors at UT Austin. We’re ambitious people, and for the most part that’s a good thing—it lets us really make a difference in the world. But it can also make us forget to look around and appreciate the present.

I mean, we’re in Austin. There’s really no such thing as a better city. I’ve basically never seen anybody here do anything even slightly rude (although growing up in LA gives you pretty low standards), and anything you could possibly need to be happy is within walking distance or a short bus ride away.

I’ve just felt like I had to “make it,” before I could really feel good about myself before, but I never defined what that meant. Well, I’m getting a great education, I know how I want to change the world and I’m working towards it, and I’m happier than I ever thought was possible. I need to step back and be proud of that.

So, that’s what I’m going to do this summer. I didn’t get the internship, and I’m okay with that. I’ll take summer school and work on some personal projects for CS that have a lot of meaning to me, and create my own opportunities. Yeah, I failed as far as internships go, but that shouldn’t stop me from doing great things. Life can be extraordinary even if it’s not what you imagined during your first month in college.