There’s a company that I’ve really, really wanted to work at for the past year now, and yesterday they called me and told me that they weren’t going to hire me for the summer. This is after they invited me to come tour their company last spring, which caused me to fall behind significantly in my schoolwork. This is after last year they kept telling me “maybe” they would hire me until it became summer and the interns they did hire had already started. This is after countless friends of computer science events, emails sent back and forth, and hours spent studying data structures. It really, really sucks to have to play these games and lose.

So I showed up to this week’s blog meeting right after I got the call and honestly, I couldn’t come up with an idea to write about. I felt like I didn’t want to be in this major anymore, like I hated everyone who’d been successful in getting an internship, and like I must have had some awful, un-hirable quality that everyone else could see but me. And I know these feelings aren’t right but I doubt that I’m the only one that’s felt them at one point or another.

Unlike my usual posts, I have no solution. It’s going to be hard. I’m going to have to do a lot more sucking up to people who don’t care about me in the slightest. I’m going to get a lot more messages saying “sorry, you didn’t make it,” and my mom probably won’t stop getting phone calls from me on the verge of tears. 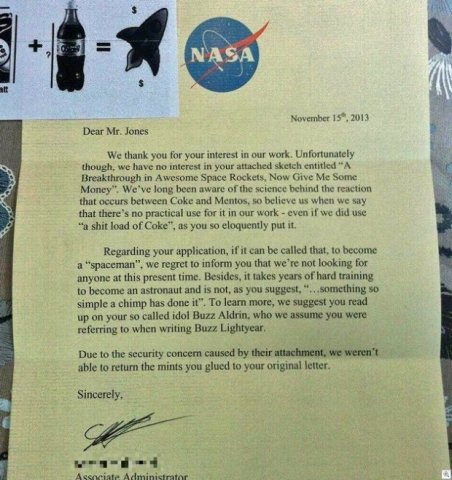 But I felt that it was important to talk about this because a lot of us are going through it in one way or another. Computer science will put a lot of pressure on you to be successful immediately, and it’s really hard to see our classmates achieving everything we wish we were and acting like it’s nothing.

But I’ll admit it: This major is really hard, and sometimes I feel like I have absolutely no idea what I’m doing. Despite working practically from the time I wake up to the time I go to sleep, I’m about 100 pages behind in reading for one of my classes and I didn’t hear back from a single company that I applied to at the career fair. My side projects pale in comparison to those of a lot of my classmates and up until recently, I’ve only understood about half of the non-snarky posts that are put on the computer science Facebook group.

It’s a lot harder to admit our weaknesses than it is to pray that we’ll be able to forget about them with just one miraculous opportunity. But without disappointment, how will we develop empathy? Without struggling, what is the value of success?

In my opinion, we need to open up. We need to have conversations about not just the good things happening in our lives, but the things that keep us from sleeping as well. Because we’re all struggling, or will be at one point. Regardless of what US News and World Report says about our department’s ranking, or what your relatives say about how much money they think you’ll be making with a CS degree, we’re not immune to feeling inadequate, or getting stuck with grumpy and unreasonable professors or any other ups and downs that exist in a normal human lifetime. When this happens, there’s nothing more important than having others who have been in a similar position that can guide you through it. We need to be a community that’s supportive and lifts people who have fallen back up, not one that ignores the struggles of those around us and thus misses the opportunity to build relationships with real value.

Great post. I love that you're able to share your wholehearted feelings, and avoid the BS. I always felt that this kind of discussion is one that is sorely needed around the UTCS students (although I'm an alum). With that, let me encourage you -- you will definitely find a job, the job that you want. You're right -- the sweet won't be as sweet without the bitter. But you don't want to taste the sweet now, and taste the bitter when you're finally about to graduate. As a student, study hard, achieve good grades, graduate, and there's not a single reason you won't get that job you want. By the time you're a Junior/Senior, I think your scope would have changed; You'll get plenty of offers of internships and co-ops, and you'll need to push them away to do well in your CS courses. ;) As a fellow longhorn, I wish you (and the readers) the best. Hook'em!
There's a spectrum of students in CS, but generally speaking, I see two types of students. Those who have a true passion for the field, and those who are doing it because of the economic/professional success it could potentially bring to their lives. I'm one of the former, but truly, I find the latter more admirable. For us, the ones that have grown up learning programming on our own and hacking up small programs for fun, the emotional struggle of CS isn't nearly as bad. We can get motivated a lot more easily to finish our school projects (because it's f***ing interesting!) Our portafolio basically "builds itself." What I mean it we don't have to force ourselves to have pet projects, or learn new technologies. We know it'll eventually get done in our free time because it's what we naturally enjoy. The other group of students doesn't have this inherent love for CS, yet they still chose to do it. They have to struggle more to find the discipline to finish projects. Keeping pet projects is a lot harder when they don't naturally feel excited about learning X technology and making an app. Plus, they're constantly being compared to the other "breed" of students, which creates even more stress and doesn't help the case. Unfortunately (or fortunately, depending on who's reading and who you sympathize for), companies know these two types of students exist. And of course they're going to hire the ones with the most impressive resumes and set of skills. They're not looking into who struggled the most through their CS academic career, they're simply looking for who will benefit the company more. And I agree, this is the way to do it. The sad part is that having a passion, or not having a passion for a subject is not a choice. I'm fortunate enough for having an inherent passion for technology, creating software, and learning how things work. But I never chose to have it, that's just who I am. The same applies to students who don't share this love for CS, and who struggle with finding the motivation to have pet projects and keep up with the latest technologies. I don't know what the point of my post is really... I guess it's that I'm one of those guys who loves CS, always had pet projects, and didn't struggle nearly as much as my fellow classmates. I've already graduated and got an excellent offer. But I understand the stress other students might have. And I won't feel superior to them, or judge them, because if you really think about it, none of it was a choice to begin with.
Valerie, While we don't know each other, and I am not a CS major (I'm Business/Plan II), you sound like an amazing person. Your post really spoke volumes about the pressure that many college students, including myself, have been feeling when it comes to trying to figure out our lives. On a daily basis, I feel like I'm reaching for random pieces of a puzzle that doesn't seem to ever fit together. Thank you for having the courage to write about your worries and struggles, something I wish I can one day fully express to my friends and family who have this unspoken expectation of me to succeed in life. Best of luck, you sound like a badass and I'm sure you will find an internship in no time. This experience only makes you that must stronger in facing your fears and reaching for your goals, head on. And even if it's not an internship of a company you absolutely love, maybe one day you will grow to love it, or it will help lead you to the internship opportunity or full-time offer you have hoped for. Don't give up!! :)