Why I Didn't Go to Grace Hopper 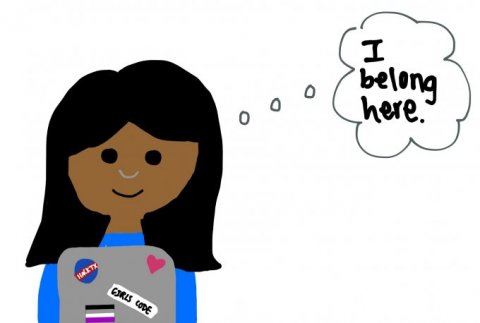 The Grace Hopper Celebration, a very well-known women in tech conference, happened last week. A couple of my friends went and came back satisfied with their experience and excited by all the things they had done. Personally, I've never considered going to GHC. Back when applications to get sponsored by UT were open, I didn’t even bother to apply because I knew that I would be swamped with homework come October-- and lo and behold, I was right. Second, I know there are people who are much more passionate about GHC than I ever will be, so I figured it would be unfair to even attempt to take a spot from them by applying. And third, I don’t know how much I would gain from going to GHC (which I’ll explain later).

Of course, that doesn’t mean I don’t appreciate GHC for what it does. I think it’s important for women to come together and support each other in this industry. It’s encouraging to see so many women in tech in one place, and it’s exciting to see how much the conference has grown and continues to grow. The conference provides a lot of cool speakers and panels who can impart a lot of wisdom on women who are just starting out in tech, and there's something validating about seeing and talking to so many other women whose experiences mirror your own. The conference also offers a lot of resources for women in tech and gives plenty of chances for women to network with companies. If anything, the conference can act as a space for women to voice their opinions without being spoken over by men. GHC as a space for education, solidarity, validation, and support is very important.

That being said, it just isn’t for me right now.

I don’t do well at conventions. There’s too many things going on, and I don’t operate well on little sleep, so I usually end up skipping panels because I’m so tired and then regretting my choice for the end of my days. Even if I could somehow get past my inability to handle conferences, though, I’m not sure that GHC would be enjoyable for me. There are many reasons for this, most of which I won’t go in to here, but the most relevant reason is  that I don’t know if I would gain anything from GHC. In my mind, the purpose of a convention like GHC is to validate and to network. GHC provides validation to women in tech by showing them that they aren't alone and there are other people trying to survive the male-dominated workplace, but I personally don't need that validation right now. There was a time in my life when I did need that validation, and there may be a time in my life in the future when I need that validation, but presently, I have enough internal confidence in myself that I don't need extra external validation. Of course, each person has different needs, and that's why it's important that conferences like GHC are around. As far as networking goes, I would rather focus on passing my classes than getting interviews: I'm only a sophomore, and I'll have time later to focus on recruiting.

Will I end up going to Grace Hopper one day? Probably not. It just doesn't fit my current needs. But if you're a woman in tech, I definitely encourage you to check it out and maybe apply to be sponsored to go next year. Everyone I've talked to who went really enjoyed the experience, and I'm sure you will, too (unless you value sleep over all else, like me).