A few weeks ago, I wrote an article about comparing yourself—and specifically, why you shouldn’t compare yourself to other people and instead look at how you’ve changed since yesterday.

So what happens when you find yourself doing worse than you were doing yesterday?

While the percentage of tenured track faculty is decreasing across university campuses nationwide, the number of adjunct professors is on the rise. For those of you who are not familiar with what an adjunct professor is, they are part time faculty members who are hired on a contractual basis as opposed to a tenured basis. While many people may see this as a problematic state in academia, the presence of adjunct professors can provide a unique perspective in and out of the classroom.

It's been a very hard week: my laptop is in repair and I had a program due that neither I nor the TA helping me could seem to debug. On top of that, I'm pretty unsure of what I'm going to take next semester since a lot of the classes I needed were closed.

Today is a beautiful day November day. Along with the grandeur of Election Day (I hope you voted!), the gloomy rainy weather outside makes it especially comforting to study inside the GDC. However, with your time in the GDC you may find some unpleasant surprises. I want you all to look at something... 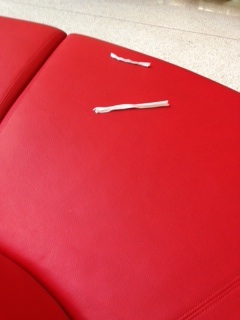 There is something magical about Texas. Something that defies age and time, location and position, identity and personality. Something that draws you into the deep fabric from which the state was woven. The State of Texas was founded in 1836, but the Texas which identifies us as its university is much, much older, and it isn’t until you're sitting on a bus, from Houston to Austin, watching the endless, rolling waves of the Hill Country pass you by that you begin to realize that.

A few days ago, I had a real analysis midterm.

Objectively, that’s not too bad of a statement. Midterms happen, and the point of the class is to prepare you for the test. The problem was that I hadn’t really been going to class for the last few weeks, because I literally couldn’t keep my eyes open in that class without opening my laptop. I figured it was pretty rude to the professor to sleep in his class or to work on other things, so I decided to use the hour and a half to teach myself the sections we were covering from the book.

When I'm not consuming computer science material, I'm a finance junkie. When doing homework and sports aren't on TV, I'm watching Bloomberg or CNBC. If Personal finance is on, I'm even more engaged. From Dave Ramsey to Suze Orman, I can't get enough of their common sense positive and humorous shows.

There’s a lot that I've told myself that I want to accomplish. It includes getting about five degrees, finding somewhere to work that’s perfect for me, and fixing pretty much all of the world’s problems. When I frame my goals like this though, they seem stressful and pretty much impossible.

A few weeks ago, I interviewed for my dream company.

The interview was challenging—probably one of the hardest technical interviews I’ve ever done in my life—but I thought I got at least the majority of the questions. I got along with my interviewer pretty well, and we chatted a little bit about the company and his role there before we signed off. All in all, in my opinion, it was a pretty good interview.