What You Don't Know

A few days ago, I had a real analysis midterm.

Objectively, that’s not too bad of a statement. Midterms happen, and the point of the class is to prepare you for the test. The problem was that I hadn’t really been going to class for the last few weeks, because I literally couldn’t keep my eyes open in that class without opening my laptop. I figured it was pretty rude to the professor to sleep in his class or to work on other things, so I decided to use the hour and a half to teach myself the sections we were covering from the book.

The problem was that I never really did that, because somehow I managed to convince myself that I didn’t like real analysis. And to be fair, it’s hard to focus on anything that isn’t something you like. My mind starts drifting, and I begin to start glancing hopefully at my todo list for something more appetizing to cross off. Then, in part because I have fairly atrocious self-control (read: why this article is being published a week late), I usually find something more interesting or less tedious to do and start working on that instead.

And so, the weekend before my test, I found myself with three weeks of material from an extremely dense textbook to study. I did my due diligence, divided up my work into easily-digestible sections, two or three of which I would complete every day between Thursday and Tuesday. I apportioned time after all of my classes every night to do the sections. I found a quiet corner of campus to do my reading in. I took my nice notebook and my good pencils and my textbook, found the first section I needed to review, took a deep breath, and started reading, pencil at the ready for all of the notes I was going to take.

Which is, of course, how I ended up reading the same sentence over and over for a good hour or so before I realized I was getting nowhere.

I justified this to myself as just my not liking the material. Real analysis is like calculus, except dirtier—instead of everything falling into nicely-apportioned algebraic axioms (i.e. instead of having nice rules about differentiation of certain functions), you have to study everything from the very beginning, starting with the topology of the real line. And somehow, defying all expectations, mathematicians have managed to extract a remarkable, even ludicrous amount of axioms and theorems from what is basically a line with a lot of numbers.

(Maybe I’m simplifying it a bit.)

So obviously if I didn’t like the material, there was no way I was going to be able to get anything done. I knew that if I liked the material, I would be able to do well—I had proved that to myself enough times to be convinced of it. If I liked what I was doing, I would spend hours and days reading textbooks and Wikipedia articles just to expand my knowledge. But for whatever reason, the “dirtiness” of real analysis was making it impossible for me to like.

Which is where I found myself as I walked into one of my professors’ offices on Friday afternoon.

I actually walked into Dr. Hadani’s office to ask him about being a proctor for his linear algebra class in the spring. I expected it to be a short conversation, but we started talking about what classes I was taking this semester, and when he asked me how real analysis was going, I told him that frankly, I hated the class. I wasn’t sure what to expect, especially since I just realized as I said it that he taught a section of Intro to Real Analysis, but luckily, he just laughed and said that every undergrad, at some point, hates real analysis with a passion.

The problem, as he explained, wasn’t that there weren’t enough real analysts as a result. The problem was that a significant number of undergrads working their way through the standard algebra-analysis-topology tripos were finding themselves less and less equipped to handle the more advanced subjects, most of which required analysis of some form. In fact, it’s endemic, he said, of a larger problem -- that more and more students consider themselves better and better equipped to decide what they do and don’t like or find interesting at the undergraduate level.

Which is a fair point. At every point in every sequence of classes I’ve ever taken in my life, there’s been a point where I’ve decided that I hate some particular part of the sequence. Usually, depending on how important whatever section of the sequence I have decided to dislike is, I’ll decide whether or not it’s worth pursuing the sequence as a whole with any kind of passion. For example, in 9th grade, I had to take a biology class. I did relatively well, until I realized that I didn’t understand plant biology at all, and more generally cell biology escaped me entirely. So as a result of disliking—or really, more like not understanding—cell biology, I decided that biology as a whole, with all of its interesting mathematical and computational results, was not for me. 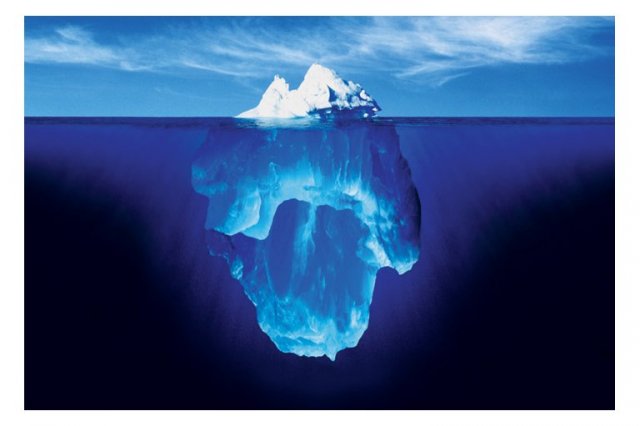 The same thing happened in chemistry, mechanical physics, and geometry. Each of these fields presented me with something I didn’t like -- or, more frequently, didn’t understand -- and as a result I decided I didn’t like the fields as a whole at all. And now I find myself wishing that I had taken the time to learn just a little bit more about each of those fields.

Especially in computer science, where everything is related to each other, there is this notion that the best-equipped computer scientist is often the one who doesn’t just know CS material, but knows enough about other fields to be able to apply CS to them. That’s exactly how computational biology, for one, got started -- because some clever computer scientist or biologist decided that their work could apply to the other field.

So if you ever find yourself facing a choice between relying on what you know and exploring something new -- be it deciding to take the time to study a new and difficult topic, or choosing a new company to work for this summer rather than accepting a return offer -- consider that doing something new will often enlighten you more than you can really understand. As I sat down again to study real analysis again, I did so with a considerably more positive mindset. I stopped thinking about the concepts I was studying as things I didn’t like, and more as challenges I didn’t understand, and whose careful study would enlighten me more than I would know. The best way to learn anything is to consider that you don’t know what you don’t know, and so in learning something new, it’ll also teach you a lot about what you don’t yet know.

I find it enlightening to learn about new things.