Toward Lowering the Power Consumption of Microprocessors 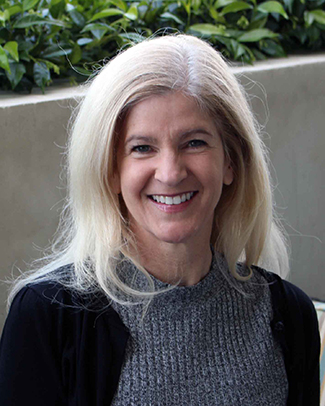 AUSTIN, Texas – The first systematic power profiles of microprocessors could help lower the energy consumption of both small cell phones and giant data centers, report computer science professors from The University of Texas at Austin and the Australian National University.

Their results may point the way to how companies like Google, Apple, Intel and Microsoft can make software and hardware that will lower the energy costs of very small and very large devices.

“The less power cell phones draw, the longer the battery will last,” says Kathryn McKinley, professor of computer science at The University of Texas at Austin. “For companies like Google and Microsoft, which run these enormous data centers, there is a big incentive to find ways to be more power efficient. More and more of the money they’re spending isn’t going toward buying the hardware, but toward the power the datacenters draw.”

McKinley says that without detailed power profiles of how microprocessors function with different software and different chip architectures, companies are limited in terms of how well they can optimize for energy usage.

The study she conducted with Stephen M. Blackburn of The Australian National University and their graduate students is the first to systematically measure and analyze application power, performance, and energy on a wide variety of hardware.

This work was recently invited to appear as a Research Highlight in the Communications of the Association for Computer Machinery (CACM). It’s also been selected as one of this year’s “most significant research papers in computer architecture based on novelty and long-term impact” by the journal IEEE Micro.

“We did some measurements that no one else had done before,” says McKinley. “We showed that different software, and different classes of software, have really different power usage.”

McKinley says that such an analysis has become necessary as both the culture and the technologies of computing have shifted over the past decade.

Energy efficiency has become a greater priority for consumers, manufacturers and governments because the shrinking of processor technology has stopped yielding exponential gains in power and performance. The result of these shifts is that hardware and software designers have to take into account tradeoffs between performance and power in a way they did not ten years ago.

“Say you want to get an application on your phone that’s GPS-based,” says McKinley, “In terms of energy, the GPS is one of the most expensive functions on your phone. A bad algorithm might ping your GPS far more than is necessary for the application to function well. If the application writer could analyze the power profile, they would be motivated to write an algorithm that pings it half as often to save energy without compromising functionality.”

McKinley believes that the future of software and hardware design is one in which power profiles become a consideration at every stage of the process.

Intel, for instance, has just released a chip with an exposed power meter, so that software developers can access some information about the power profiles of their products when run on that chip. McKinley expects that future generations of chips will expose even more fine-grained information about power usage.

Software developers like Microsoft (where McKinley is spending the next year, while taking a leave from the university) are already using what information they have to inform their designs. And device manufacturers are testing out different architectures for their phones or tablets that optimize for power usage.

McKinley says that even consumers may get information about how much power a given app on their smart phone is going to draw before deciding whether to install it or not.

“In the past, we optimized only for performance,” she says. “If you were picking between two software algorithms, or chips, or devices, you picked the faster one. You didn’t worry about how much power it was drawing from the wall socket. There are still many situations today—for example, if you are making software for stock market traders—where speed is going to be the only consideration. But there are a lot of other areas where you really want to consider the power usage.”