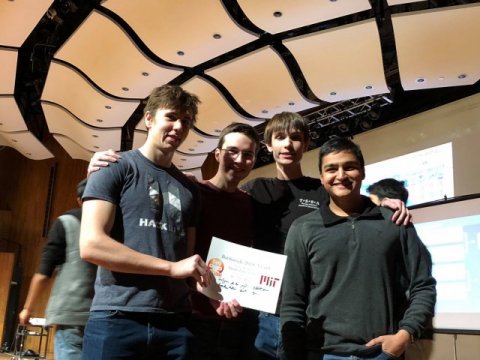 On February 4th, Turing Scholars Neil Patil, Niels Kornerup, John Herrick, and Ryan Rice competed in Battlecode, MIT's premier AI programming competition. In Battlecode, teams of up to four have a month to program an army of virtual bots that face off against other teams in a Real-Time-Strategy style deathmatch.

Our team, Steam Locomotive, made it to the finals, where they traveled to MIT in Boston, Massachusetts, and placed 9th overall out of over 400 teams. A video of the final tournament can be viewed here. Congratulations to our students for their performance!