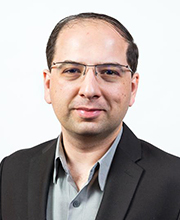 Amir Husain is a serial entrepreneur and inventor based in Austin, Texas. He is the Founder & CEO of SparkCognition, Inc. an award-winning Machine Learning/AI driven Cognitive Analytics Company, and serves on the Board of Advisors for IBM Watson.

Amir is a prolific inventor with 13 awarded and over 40 pending US patent applications to his credit. In 2013, a low cost computing platform Amir invented was inducted into the collection of the Computer History Museum in Mountain View, the world’s largest such institution. His work has also been published in IEEE conferences and in leading tech journals including Network World, Computer World and others. His companies have won numerous awards such as Nokia’s 2015 IoT Open Innovation Challenge, the 2015 Austin Chamber of Commerce A-List, the InnovateApp 2014 competition, the VMWORLD Gold award, Network World’s Hottest Products, CRN’s Innovation award, and PC World’s best product award.

Amir serves as an advisor and board member to IBM Watson, Makerarm, uStudio, Alif Laila Children’s Educational Society and others.