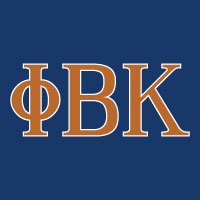 The Department of Computer Sciences congratulates the five computer science majors who were recently elected to Phi Beta Kappa at its Spring meeting. Upon joining, they will be inducted into the national honor society at the UT chapter's Spring reception on Sunday, May 10, in the in the Ballroom of the AT&T Executive Education and Conference Center.

Phi Beta Kappa celebrates and advocates excellence in the liberal arts and sciences. Founded in 1776 at the College of William and Mary, Phi Beta Kappa is the oldest honor society in the United States; its three Greek letters translate to ''love of learning is the guide of life.''