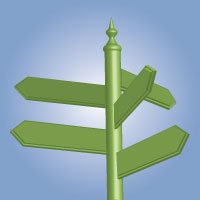 Nick Black garnered a master's in computer science from the Georgia Institute of Technology in 2010 and quickly received six-figure offers for leadership roles at several technology firms. Now at NVIDIA, a tech firm that develops components used in computers and mobile devices, he maintains that his position as a senior compiler engineer is exactly the type of job he expected out of grad school and that the interview process wasn't overly complicated.

Landing a job in today's struggling economy was relatively simple for Black, in part because he received a master's degree from a top engineering school, but computer science students with either bachelor's or master's degrees are in demand now and are expected to be for the next decade. According to a U.S. Bureau of Labor Statistics report, there will be an estimated 1.8 million new IT jobs by 2018, a 22 percent jump from today's market.

The industry was dealt a blow after the dot-com bubble burst in 2000 following a decade of rampant speculation among investors, but the rise of cloud computing, mobile devices, and applications is fueling more demand in the sector, academic officials and hiring consultants say.

"The job market is booming," says Gopal Gupta, head of computer science at the University of Texas—Dallas, where 80 percent of 2011 computer science students already had jobs lined up before they received their diplomas. "With an increase in automation everywhere, the popularity of online social media, the increase in mobile devices, and countries where computing jobs are traditionally off-shored—particularly India—saturating their labor supply, the job prospects for young computing professionals, especially new graduates, are excellent."

"If there is a huge surge of students, we may have to consider making our major and the introductory classes more competitive—maybe like premed has always been," says Paul Myers, professor of computer science at Trinity.

Similarly, at the University of Illinois, officials note that average ACT scores of admitted computer science students have jumped over the past two years. To navigate the increasingly competitive computer science admissions process, it's integral that students focus on honing their mathematical acumen by taking advanced classes such as AP Calculus, says Daniel Gallagher, dean of admissions at the Stevens Institute of Technology.

Robert Beck, chairman of Villanova University's department of computing sciences, notes that taking part in tech-centric extracurriculars could help your chances as well. "Even if there aren't computing courses in the high school—and in many places there are not—students can look for a computing club; a robotics competition; a Web design project to give themselves a little practice," he says.

Once students get past the admissions hurdle, their career prospects are typically bright. At Michigan Technological University, for instance, where more than 300 students major in computer science or software engineering, 93 percent of 2010 undergraduate computer science students had jobs by graduation.