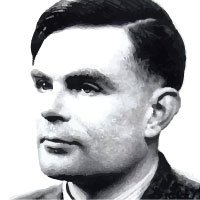 As The University of Texas at Austin has evolved into one of the nation’s leading names in computer science education, its rapid growth has left it struggling in one key area: it does not have the number of scholarships it needs to most effectively recruit the remarkable number of high-performing merit students that apply for admission each year. Students in the computer science honors program, Turing Scholars, are among the nation’s most talented, and many of them turn down offers from schools such as MIT, Stanford, and the University of Washington each year to attend UT Austin.

Unfortunately, many other students who are admitted choose to attend these other institutions instead, and often, a key consideration is the matter of cost. Seven of the nation’s top computer science programs are found at private institutions, most of which saw their scholarship endowments more than double in size during the last decade. At the same time, The University of Texas, one of only three public schools in the top ten, has seen its tuition rise significantly in response to repeated budget cuts from reduced state allocations.

The end result? It’s not uncommon for a student who is qualified to be admitted to both a school like Stanford and UT’s Turing Scholars Program see a lower net cost at Stanford than UT Austin, even if that student is a Texas resident.

Fortunately, some individuals are stepping up to fill the need. One of those individuals is a generous alumnus of the Turing program himself, who recently established a scholarship dedicated to supporting students in the Turing Honors Program. In addition to establishing that scholarship, he has agreed to match any additional contributions made by other donors in support of Turing scholarships if the gift is given before December 31, 2012.

For those alumni and friends of the school who feel passionate about making a direct impact on student’s lives, this is a unique opportunity to double the impact of their gifts. Despite the challenging nature of funding these scholarships, it is especially gratifying to see alumni recognize the need for this cause and step forward in support of these talented young scholars.

Make a gift to the Turing Scholarship fund.