Freetail Hackers at Battle of the Hacks 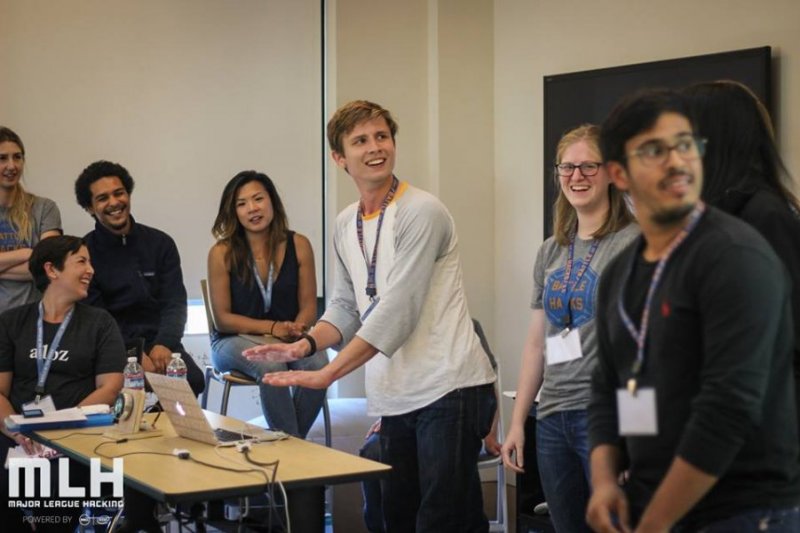 Freetail Hackers is a student organization at The University of Texas at Austin made of of students from any major, skill level and background who wants to build cool tech, learn new skills, meet new people, and become a part of the tech and hackathon community. This month four directors from Freetail Hackers (aka HackTX)—Hayley Call, Ali De Jong, Prakhar Garg, Yuriy Minin—represented Freetail Hackers and The University of Texas at Austin at Battle of the Hacks: a16z's hackathon for the top 14 hackathons around the nation. The grand prize of this hackathon is a $25,000 sponsorship by a16z for the winning team's hackathon.  Freetail Hackers has been invited to this event for the past three years, but this year was by far their best showing. The team competed against schools like MIT, CalTech, CMU, Georgia Tech, Brown, and more.

"I feel so fortunate to be in a field like tech where creativity is encouraged. We had a ridiculous amount of fun putting this project together and honestly I think everyone saw the fun in our out of the box idea and that led us to 2nd place. Hackathon are the perfect space in which to try out a crazy idea that you may otherwise have no reason to pursue. It’s a really cool thing when your career and your hobbies overlap and that’s something we want to bring home to Freetail Hackers: having fun with tech." says Ali de Jong.

a16z also paired each team with a recent high school graduate to join them. The Freetail Hackers just happened to get Smitha Nagar, an incoming UT Computer Science student! Smitha shared: "I'm so glad I'm going to be a longhorn! The Freetail Hackers team was not only smart and innovative, but they also had so much fun while developing the project which really carried over into the work. I had an amazing time at battle of the hacks with Freetail Hackers."

In the end, Freetail Hackers won second place and a set of Myo Armbands for their hardware lab. "It was great to bring the fun Freetail Hackers personality to our project and this event- we were able to meet other organizers from around the world and show them what the hacker community in Texas is all about,” says Hayley.

The top three hacks were: