Texas Advanced Computing Center (TACC) changed the world by supporting research from black holes to cures for cancer. Now, TACC introduces its most powerful supercomputer to date — Stampede2! What discoveries will it bring?

Supercomputers solve problems and accelerate discovery in a way that traditional experiments cannot.

For more than a decade UT Austin’s Texas Advanced Computing Center (TACC) has led the academic world in supercomputing, continually pushing the envelope in power and speed.

In 2013, TACC deployed the first Stampede supercomputer. During its five years of operations, Stampede helped tens of thousands of researchers nationwide complete more than 8 million successful computing jobs and clocked more than 3 billion core hours of computation. Through its five-year life cycle Stampede was continually ranked by the Top500 organization as one of the world's top 10 most powerful computing systems. It remained in the top 20 up to this year, when it was retired from operations. 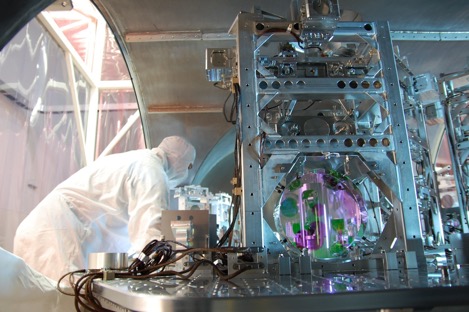 "Stampede was an excellent tool for improving our understanding of the universe we live in. From the smallest scale of subatomic particles to detecting gravitational waves that have traveled a million light-years to the Earth, and a lot of exciting science and engineering in between," said Stuart Anderson, a research manager for Laser Interferometer Gravitational-Wave Observatory (LIGO) based at the California Institute of Technology.

The 2015 discovery of gravitational waves by LIGO is one of the most important discoveries in modern science. TACC and Stampede were there as part of the team, and this is just one example of the more than 11,000 researchers who used Stampede1 to accelerate discovery.

But, supercomputers live fast and retire young. With each new generation of computer processors, they become significantly faster and less expensive to operate than the one before it.

On July 28, 2017, TACC introduced its most powerful supercomputer to date – Stampede2!

Stampede2 has already been ranked as Most Powerful Supercomputer at an Academic Institution in the U.S. – 12th in the world.

It is as powerful as 100,000 desktop computers — one for every seat in Royal-Texas Memorial Stadium. 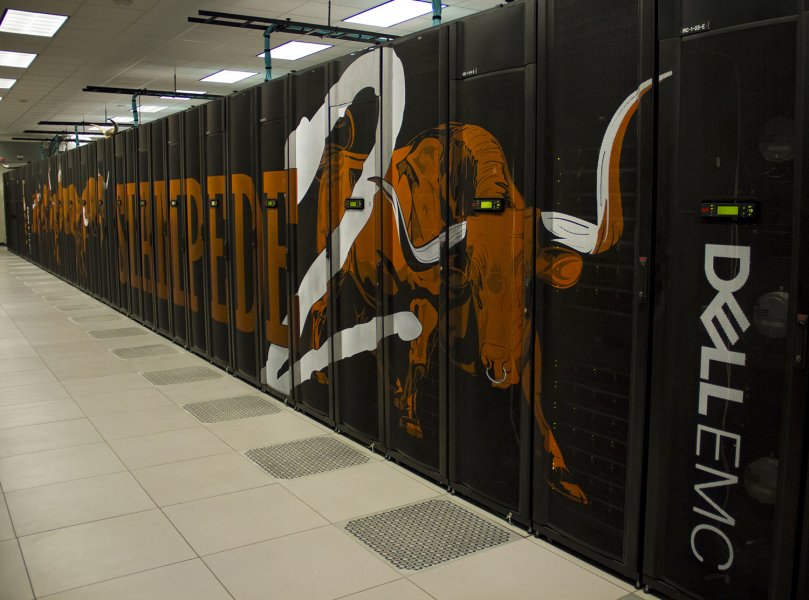 “Stampede2 represents a new horizon for academic researchers in the U.S.,” said Dan Stanzione, TACC’s executive director. “It will serve as the workhorse for our nation’s scientists and engineers, allowing them to improve our competitiveness and ensure that UT Austin remains a leader in computational research for the national open science community.”

The newest strategic resource for the nation’s researchers, Stampede2 was made possible by a $30 million award from the National Science Foundation (NSF).Experts across all disciplines can now answer new questions that could not be addressed through theory or experimentation alone.

TACC experts built the computer with support from The University of Texas System and industry partners Dell, Intel and Seagate.

Researchers have already started using the system to conduct large-scale scientific studies. Some preliminary findings from early user projects include:

UT Austin is collaborating with several other leading universities to enable Stampede2 including Clemson University, Cornell University, Indiana University, The Ohio State University and the University of Colorado at Boulder. Stampede2 is expected to serve the scientific community through 2021, supporting tens of thousands of researchers during this period. An additional NSF award for $24 million was recently granted to cover upcoming operations and maintenance costs for the system.

“For 16 years, the Texas Advanced Computing Center has earned its reputation for innovation and technological leadership,” said Gregory L. Fenves, president of UT Austin. “It is only fitting that TACC has designed and now operates the most powerful supercomputer at any university in the U.S., Stampede2, enabling scientists and engineers to take on the greatest challenges facing society.”