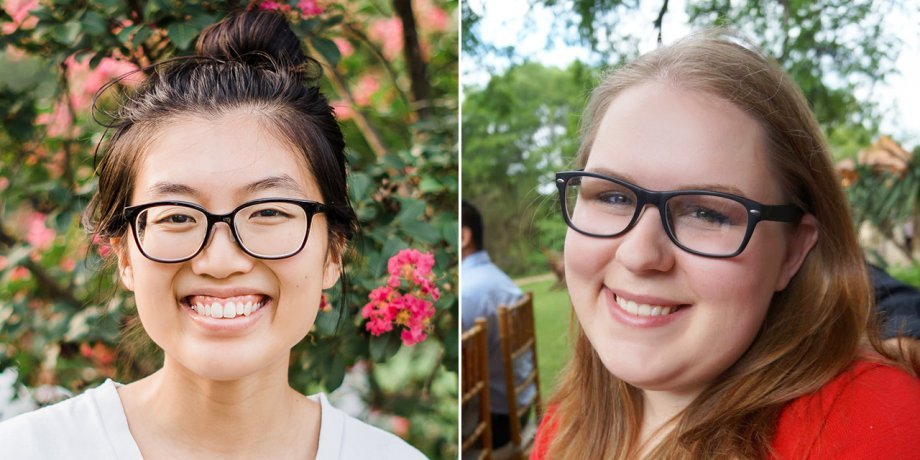 More than just a summer camp for creating memories and making new friends, First Bytes opens up a wide variety of opportunities in computer science for high school girls and helps build a community of women in the tech industry.

When Schwendiman was in high school, she wasn’t sure what kind of career she wanted to pursue; she was interested in art but uncertain about going to art school. She took a programming class during her junior year of high school “on a whim” and discovered that she really liked programming. That summer, she decided to go to First Bytes, and “the rest is history.”

For Schwendiman, realizing that computer science can be used for a wide variety of fields appealed to her because she could spend more time figuring out what she wanted to do before knowing exactly what kind of career path she wanted.

“The message (from First Bytes) that resonated with me was that you can use computer science for literally anything,” she said. “We visited people from IBM and very traditional tech companies, but we also had some people from medical industries, some people from video gaming. They made it very clear that, if you went into UTCS, you could really go into anywhere.”

Similarly, First Bytes helped Tsai realize that she could work in computer science. She also took a computer science class in high school, but before attending First Bytes she never felt like computer science was meant for her; she didn’t feel as passionate about it as her classmates, and she believed that having an intense dedication to coding was the only way to be a software engineer.

Another benefit of First Bytes that Tsai found was the community that is established among women in computer science and tech. She said having a support network, such as First Bytes and the CS Freshman Pods, can help with the struggles that computer science majors face.

When they went on to work for HomeAway, Tsai and Schwendiman found a similar support system among their coworkers and within the culture of the company. For example, Tsai said there are plenty of mentorship programs at HomeAway and the people are easy to meet with.

“A higher-up here at HomeAway when I was an intern really made me feel like she was available to talk about concerns,” she said. “At HomeAway specifically, I feel very supported by community, and being a woman in computer science, I don’t feel pushed out.”

At HomeAway, the Women in Tech group is an organization of women and their allies. The group meets monthly discuss the issues they face in computer science, such as the lack of women in tech leadership, Schwendiman said.

“It’s not just a community to sit around and talk about our problems, but it’s a community that works on building each other up and bringing improvements to the place that we work,” she said.

Building these kinds of communities, and showing high school girls with an interest in computer science that they’re not alone and that they have an opportunity to pursue that career, makes First Bytes important and impactful for young women such as Tsai and Schwendiman.

Since her time as a First Bytes camper, Tsai has seen more and more female software engineers come speak to the campers.

“Even in the industry, I see with an incoming class of new grads there’s more and more women,” she said. “I think First Bytes has really helped facilitate that community and facilitate young girls to say, I can be a software engineer.”

Schwendiman added that First Bytes gives these high school girls the experience with technology that they may not receive in high school. This gives them a chance to see what’s behind the technology they use and how they can create their own projects.

“It’s super important for breaking stereotypes, because everyone knows that nerd stereotype that’s in movies, and it’s completely wrong,” she said. “I think it’s so important for these high school girls to be exposed to great real women out there in tech, because they can put themselves in their shoes and see, ‘this is what it would be like if I followed in their footsteps.’