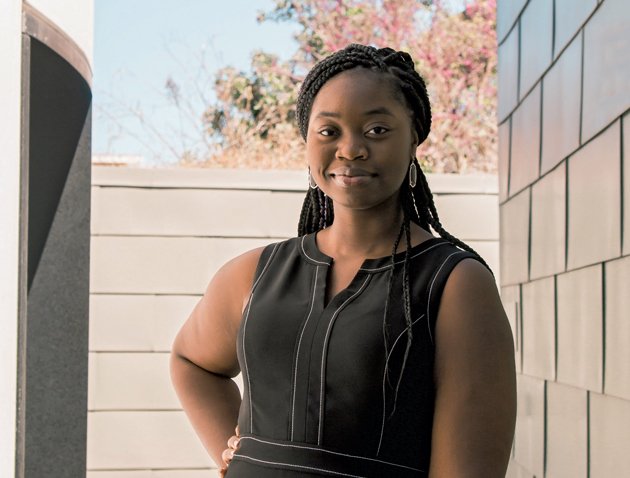 Undergraduate student Jacqueline Gibson is one of six recipients of the 2018 President’s Leadership Award, which is given annually by the Texas Exes.

Jacqueline and her fellow awardees represent some the most active participants on the Forty Acres and set the pace on campus.

According to the Alcalde, "These students are what one could conservatively call active participants—not simply for showing up, but for taking charge, too."

Jacqueline Gibson sees leadership as knowing when to get out front, and knowing when to fall back and let others use their talents. That’s why she’s working to develop tech skills in groups underrepresented in the STEM fields. Her path started in high school when she attended First Bytes, a weeklong program at UT aimed at getting girls interested in computer science. Now she’s an RA for the program. “First Bytes inspired me to become a member of The Senate of College Councils and advocate for academic change, more opportunities for STEM students, and for more affordable technology use,” she says. And what’s her proudest achievement? When her underclassman mentee told her he would have dropped out if not for Gibson. “I think we all hope that we will have a significant impact on someone’s life,” she says, “but actually having that moment was more meaningful than I can explain.”