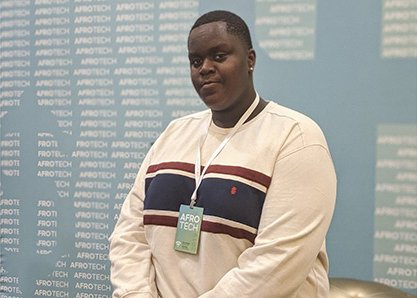 Earl Potts, a Texas Computer Science (TXCS) and African and African Diaspora Studies student, created the app “Keep Austin Black” to provide Austinites with an extensive directory of local Black-owned businesses. Though Potts initially started working on the app in October 2019, he went back to working on “Keep Austin Black” as a response to the ongoing Black Lives Matter protests going on throughout the United States.

The app provides users with a directory of businesses such as automotive services, realty groups, and restaurants that are owned by Black people in Austin. In addition, users can also submit a business that they feel should be showcased in the app. “Keep Austin Black” gives Black business owners a platform to advertise their services while encouraging allies to support Austin’s Black community through their shopping habits. Earl spoke about the necessity of the app, saying that “an app like mine to showcase lesser-known Black-owned businesses is important especially to a city like Austin where Black-owned businesses are consistently pushed out as a result of gentrification.”

The junior, who is also the financial chair for UT Austin’s Association of Black Computer Scientists (ABCS), has received an outpour of support, and has been featured in articles published by Fox 7 Austin and KXAN.

“Although this isn’t the solution to racial inequity in Austin, it provides a way for Black people and allies to support the community,” said Potts.

The app is available for download from the Apple App Store.