AUSTIN, Texas, October 30, 2007—Dr. Fred Chang, research professor of computer sciences at The University of Texas at Austin, and Admiral Bobby Inman, Lyndon B. Johnson Centennial Chair in National Policy at the LBJ School of Public Affairs, have been appointed to the new Commission on Cyber Security, established to make sure that the next president of the United States has an updated strategy to counter growing cyber threats. 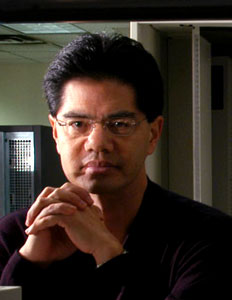 The new commission was announced today at a news conference in Washington, D.C. by the Center for Strategic & International Studies (CSIS) and congressmen Jim Langevin (D-RI), chairman of the Homeland Security Subcommittee on Emerging Threats, Cyber Security and Science and Technology, and Michael McCaul (R-TX), ranking member on the committee.

The commission will be composed of 20 to 25 members. Chang will serve as a commissioner, and Inman will be a co-chair.

The commission will examine existing plans and strategies to assess what the administration of the 44th Presidency should continue, what it should change and what new policies should be adopted or new authorities sought from Congress. Issues for consideration will include infrastructure protection, software assurance, federal agency cyber security, and information security initiatives in both the public and private sectors.

Inman served in the U.S. Navy from November 1951 to July 1982, when he retired with the permanent rank of Admiral. While on active duty he served as director of the National Security Agency and deputy director of Central Intelligence.