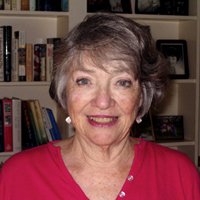 On Friday, December 4th, 2009, Dr. Dale was selected as Fellow of the Association of Computing Machinery (ACM) for her distinguished service to the ACM and impact on computing education, a high honor in the field of computer science. An official induction ceremony will be held at the ACM Awards Banquet on June 26, 2010, in San Francisco.

The ACM Fellows designation is bestowed upon association members who have distinguished themselves with outstanding technical and professional achievements in the field of information technology. A total of 47 Fellows were named this year out of 68,000 members.

In addition to being named a Fellow, the ACM gave Dr. Dale a special Citation in 2001 for "outstanding contributions to Computer Science education through her strong leadership, influential research in pedagogy, and many widely used textbooks."

The Executive Council of Upsilon Pi Epsilon, Honor Society for the Computing and Information Disciplines selected Dr. Dale as the 2010 recipient of UPE's most prestigious award, the ABACUS Award. The UPE website describes this award as follows: "the ABACUS Award, presented to an individual who has gained international renown in the profession, and over a period of several years has provided extensive support and leadership for student-related activities in the computing and information disciplines."

The book provides a broad overview of the many aspects of the computer science: the information layer, working through the hardware, programming, operating systems, application, and communication layers and the limitations of computing. The text presents computer science majors with a solid foundation for further study, and non majors with a comprehensive and complete introduction to computing.

Dr. Nell Dale is an internationally recognized leader in computer science education research, an award recipient, author of many programming textbooks and mentor to thousands of students. A retired Senior Lecturer from the Department of Computer Science at The University of Texas at Austin (UT), Dr. Dale earned her undergraduate degree in Mathematics from the University of Houston, and her M.A. in Mathematics and Ph.D. in Computer Science from UT. In addition, she earned the Karl V. Karlstrom Outstanding Educator Award in 2001.

Dr. Dale's leadership role in the Women in Science Program, funded by the National Science Foundation, enhanced career opportunities for hundreds of women who have science degrees but were unemployed or underemployed. Through her mentoring programs, a large number of these women retrained in computing science programs, and returned to the workforce as educators in computing and information disciplines.

Dr. Dale served on the faculty of The University for more than 25 years. She retired from full-time teaching in the summer of 2000, and now spends her time writing, traveling and playing tennis.