Alumni Reconnect: Who Wants a Brick? 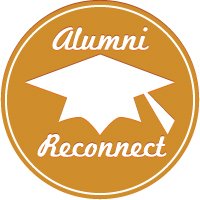 As many of you know, Taylor Hall has been demolished to make way for the new Bill & Melinda Gates Computer Science Complex, due to open in December 2012. Original bricks from UTCS's old home, Taylor Hall, have been salvaged, mortar and all! Memories of Tay Bay, studying all night, labs, relationships started and ended and the achievement of a computer science degree from a top ten ranked department…many people over the years have fond memories of life in Taylor Hall. We couldn't think of a better use for them than to give them to alumni and past residents of Taylor Hall as mementos of life in the department. Each brick will have an engraved plaque on it along with information about the Gates Computer Science Complex – a symbol of UTCS's bright future!

We will begin the brick giveaway initially to alumni at a spring campus networking event on February 1, 2012. Other interested parties can let us know if they are interested in coming to campus to pick up a brick by emailing oea@cs.utexas.edu.

Spent many hours in Taylor