Linear Algebra - Foundations To Frontiers Kicks off Its Second Year 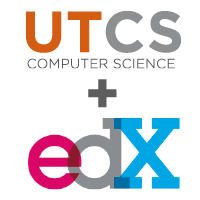 On January 28, 2015 UTCS faculty (and by the way spouses) Robert van de Geijn and Maggie Myers will kick off the second year of their 16 week MOOCs (Massively Open Online Course) on linear algebra from a computer science perspective called Linear Algebra - Foundations to Frontiers. Robert and Maggie have enhanced the course by working with MathWorks to enable participants to use Matlab freely during the course.

The Linear Algebra - Foundations to Frontiers, which offers a certificate of completion, was launched by edX, UT’s non-profit partner which manages MOOCs in January of 2015. The course saw over 39,000 registrants in its inaugural year and, so far, over 6,000 students have signed up with over a month to go before the course begins.

By linking the theory of linear algebra to issues that arise when implementing high-performance software libraries, the course content connects the mathematics to issues encountered in computer architecture, software engineering, and program correctness. The course builds on ongoing research by the instructors on how to develop and implement high-performance linear algebra libraries, funded by the National Science Foundation, so that the participant is simultaneously exposed to introductory material and the cutting edge of the field.

In reviewing this course, one student wrote:

"This course operates at three levels, I think. First, it helps you get some important principles around computational science and why efficient algorithms are fundamental to computation. Second, it gives you the rationale, foundations, and logic about the principles of matrix manipulation. And third, certainly not least, you get to learn the mathematics and specific practical skills to work with matrices and linear algebra."