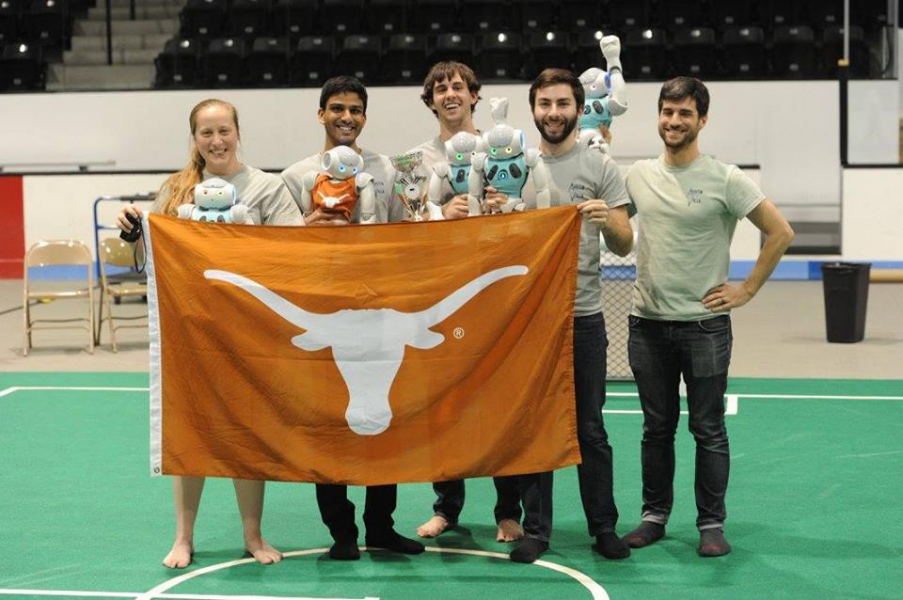 The UT Austin Villa robot soccer team, led by University of Texas at Austin computer science professor Peter Stone, returned from the 2016 RoboCup competition in Leipzig, Germany as the world champions in the 3D Simulation league and with an impressive second-place win in the Standard Platform League (SPL). 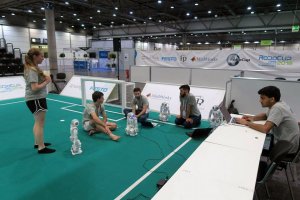 The RoboCup competition challenges participants to program intelligent robotic systems to operate on their own in dynamic environments.

Participants in the 3D Simulation league program artificially intelligent virtual robots that compete against each other in a physically realistic simulated game of soccer.

Meanwhile, teams in the SPL league compete using identical humanoid Nao robots from Aldebaran Robotics. The challenge is to program the robots to compete as a team, without human intervention. The robots have to be able to autonomously walk, kick, navigate the soccer field and visually recognize objects and other players — all while cooperating against the opposing team. 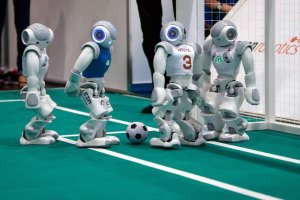 The UT Austin Villa’s 3D Simulation victory marks the third year in a row and fifth time in six years that the team has prevailed in this category. The second-place finish in the SPL marks the team’s best showing in that league since they won the world championship in 2012.

The SPL team started off strong this year and didn’t concede a single goal in their first five games, one of which was against the defending world champions, UNSW Australia. After another three victories, one of which was a nail-biter that ended in a sudden-death penalty-kick showdown, the team advanced to the finals.

The SPL crew’s final game was against the four-time world champion team B-Humans. UT Austin Villa successfully defeated this team in the past when they won their 2012 world champion title. 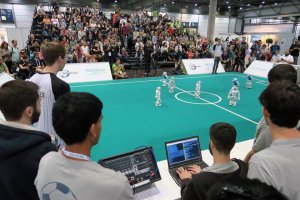 This year the two teams were well-matched with neither able to score in this final game — the first time that the B-Humans were ever held scoreless for an entire bout. The game was decided in overtime with penalty kicks and UT Austin Villa lost, claiming second place.

Videos of many of the Standard Platform games can be viewed here.