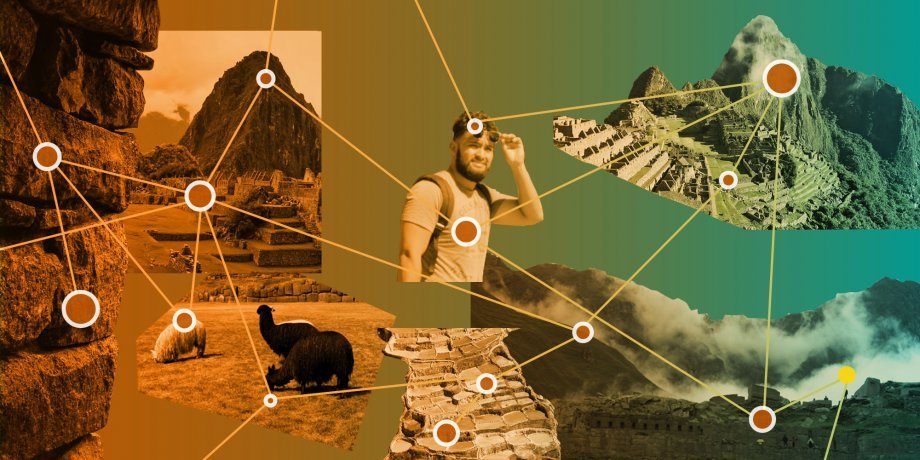 We live in an increasingly digital era. Research shows that the average American checks their phone about 58 times daily, and spends an average of 4.5 hours a day on their phone. Without a doubt the amount of time the modern-day person spends on their phones has changed many aspects of how our society functions. For example, in the past decade we have seen a dramatic shift in forms of advertising. Companies are able to take note of people's patterns online and create personalized ads through the use of artificial intelligence (AI).

Similar to the advertising sphere, the internet age has brought great transformation to how researchers study human patterns and how humans interact with the environment. Our heavy usage of technology and social media has given researchers more access to our data, while advancements in the field of artificial intelligence and machine learning enables researchers to categorize and identify patterns in this data more efficiently than ever before. It is precisely these two aspects of modern life that shaped the research of The University of Texas at Austin computer scientists Professor Kristen Grauman and Wei-Lin Hsiao and anthropologists Professor R. Alan Covey and Nicole D. Payntar.

In their research article entitled “Learning Patterns of Tourist Movement and Photography from Geotagged Photos at Archaeological Heritage Sites in Cuzco, Peru”, these UT Austin researchers set out to understand how the increase of tourism and social media intersects with heritage regulations to aid in the creation of travel patterns across Cuzco's heritage landscape. Additionally, they embarked to study and document how social media has affected tourists’ aesthetic preferences and expectations.

Tourism in Cuzco, Peru, the former capital of the Incan empire, began in the early 1900s following an expedition by Hiram Bingham. By the 1920s government officials realized the economic potential of tourism in Cuzco and began funding the restoration of regional archaeological sites for tourism. Since then tourism in Cuzco has taken off. Today annual visits in the region top 3 million with heritage tourism, tourism that involves traveling to places of cultural significance, being a major draw. By the late 70s, tourist initiatives were being created to promote and popularize tourism in Cuzco's prominent archaeological sites including the creation of the original Boleto Turistico (BTC) tourist package in 1978 and the promotion of the Inca trail to Machu Picchu. Over time these initiatives included packaged day-trip itineraries to some Cuzco's more remote archaeological sites.

In their research, Nicole D. Payntar, Wei-Lin Hsiao, R. Alan Covey, and Kristen Grauman collected 57,804 images from community internet photos shared on social media sites captured across 12 archaeological sites in the Cuzco region. Through the use of geo-tagging technology, they were able to detect patterns of tourist movement at these sites and analyze how they’ve changed over time. AI technology also enabled them to categorize tourist images based on common themes such as mountains, stonework, alpaca, terracing, etc..

From this dataset spanning 2004-2019, these UT Austin researchers were able to bring to light some insightful patterns of tourists in Cuzco, Peru. They uncovered which sites were the most popular sites in the area, the least visited and which sites people spent the most time at. The data and geo-tagging technology also allowed them to be able to track tourist patterns and determine how tourists moved across these archaeological sites. Additionally, the researchers were able to determine which type of aesthetic tourists were capturing in their pictures at each site. These results led them to conclude that policies in the region have definitely affected how tourists interact with the sites. The introduction of the day passes influenced how tourists travel across the region, and conservation initiatives and regulations at larger tourist sites led to an increase in photo-homogeneity while smaller sites with less regulation had much more diverse pictures. The data also showed that the most popular pictures of the Cuzco region shared similar aesthetic qualities with the historic photographs published by Hiram Bingham in the early 20th Century. This shows that heritage aesthetics remain pretty similar over time due to the visual reproduction of what is meant to be seen based on perceived experiences and audience consumption.

A study like this would not be possible if it were not for the rise of social media technologies, and innovations in AI, specifically applied computer vision and machine learning algorithms. Due to our increasing online presence, researchers are gaining access to more information about patterns in our lives than ever before. AI plays an equally important role as it allows researchers to categorize and identify patterns in this immense amount of data. “The project would have been impossible to complete without machine learning” Nicole D. Payntar, lead author on this project, writes, “... data extracted from photos using machine learning algorithms can inform sustainable development, maximize socio-economic policies, and provide cultural insights by expanding our understanding of how people experience place.”