UTCS Undergraduate Program Climbs to Top 10 in the Nation 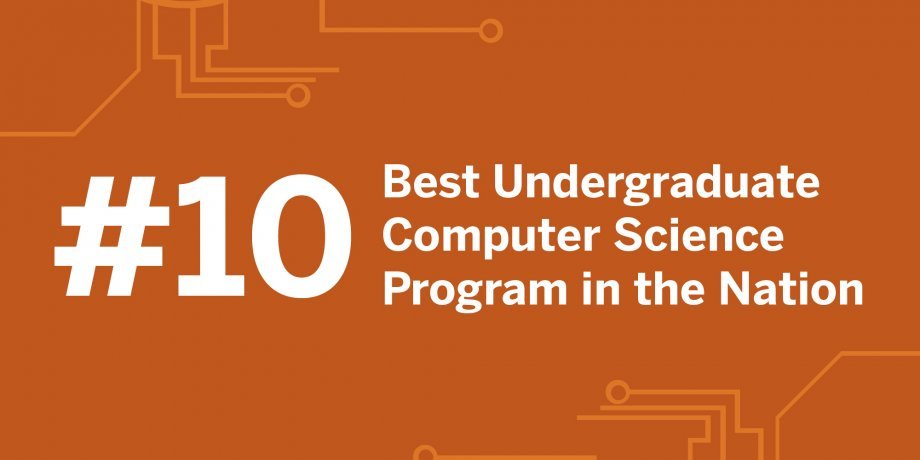 UT Computer Science rose to No. 10, up from No. 11 last year in U.S. News & World Report’s latest undergraduate rankings.

The University of Texas at Austin rose to No. 38 among national universities in U.S. News & World Report's latest undergraduate rankings, climbing four spots since last year. The U.S. News ranking is one of the most widely referenced measurements of undergraduate programs and is based on 12 weighted factors. Contributing to the university's higher ranking this year were high reputational scores and increases in six-year graduation rates, first-year retention rates, and faculty resources.

UT Austin has again ranked the top university in Texas for veterans and No. 16 nationally. The university also ranked in the top 25 in two specialty categories, placing No. 19 among the country's Most Innovative Schools and No. 25 nationally for undergraduate research.

"This is ultimately a story about UT's trajectory. We continue to move ahead in many ways, improving our position among elite universities," said UT Austin President Jay Hartzell. "We're not done yet, and our future is very bright, even while we appreciate the recognition of our progress these rankings represent. They offer thoroughly deserved recognition for our schools and programs and are a testament to the excellence of our faculty, staff, and students."

Adapted from a release originally published on UT News.