AUSTIN, Texas — The University of Texas at Austin is part of a $25 million, multi-university center established by the National Science Foundation (NSF) that will study evolution in action in natural and virtual settings. 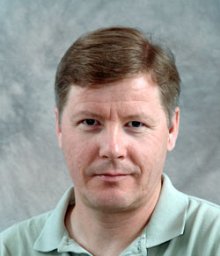 BEACON is short for the "Bio/computational Evolution in Action Consortium."

In contrast to evolutionary studies focusing on fossil records or comparing DNA among species to discover common ancestry, BEACON scientists will focus on evolution as an ongoing process.

They will use organisms in laboratories and at field sites, and use "digital organisms" undergoing real evolution on computers.

"The goal of the project is to transfer knowledge about biological mechanisms to engineering and computer science," said Risto Miikkulainen, professor in the Department of Computer Science. "On the other hand, we will use digital evolution to gain insight into biological phenomena that would be difficult or impossible to study in the laboratory."

BEACON will be a resource for academia and industry, performing basic research while helping create new technologies to solve scientific problems, ranging from the development of safer, more efficient cars to systems that detect computer intrusions.

In addition, the goal of the center is to educate a generation of multidisciplinary scientists and improve public understanding of evolution at all levels.

The approximately $2.5 million of initial BEACON funding for The University of Texas at Austin will be used to support interdisciplinary and inter-institutional research projects, graduate training, undergraduate research through the Freshman Research Initiative, and outreach to high schools and the public through the Texas Memorial Museum.

For more details, visit the center's Web site at http://beacon.msu.edu.