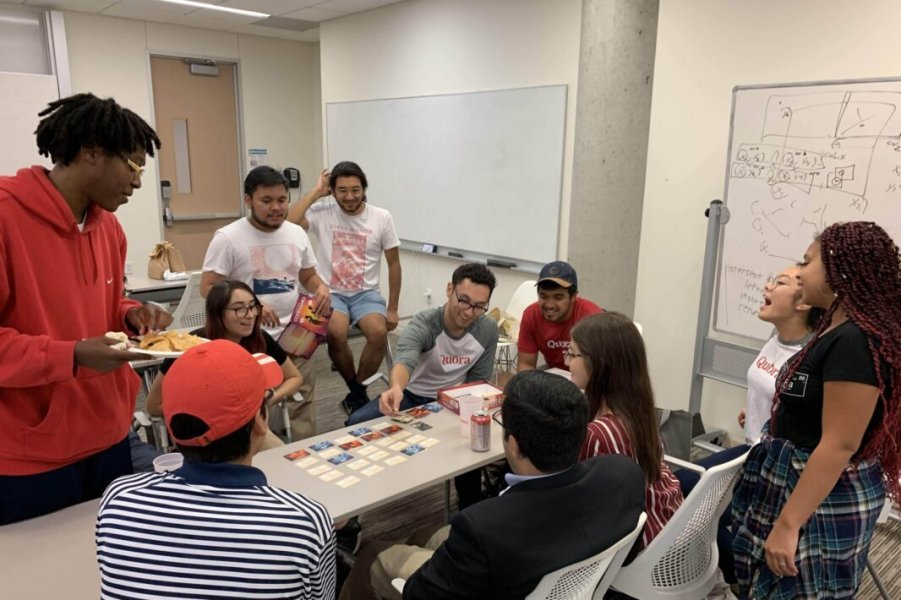 “This time, this summer, in the context of social change and everything, things just finally fell into place,” said Audra Collins, a computer science senior at The University of Texas at Austin. Collins is president of the Association of Black Computer Scientists (ABCS), which seeks to create paths to educational and professional success for Black and other underrepresented students in this major.

Amid the pandemic earlier this year, she met with fellow senior and close friend América Quistiano. She is president of the Hispanic Association of Computer Scientists (HACS), which has similar aims for Hispanic and Latinx students. Together, these two leaders drafted plans to bring about social change for students at the departmental level.

Black and Hispanic/Latinx students have been historically underrepresented in STEM fields, and today computer science is no different. As the leaders of their respective organizations, Collins and Quistiano saw firsthand how underserved and underrepresented students were personally affected. Many of their members were the first in their families to pursue a technical degree or any degree at all, and they were struggling in their high-school-to-college transitions. Meanwhile, other members had to work multiple jobs on top of full-time enrollment to support themselves financially. Collins and Quistiano saw these challenges and wanted to help and support these students. 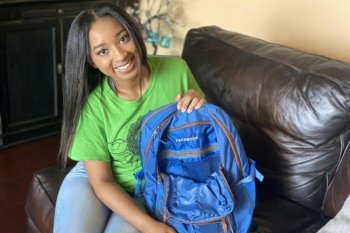 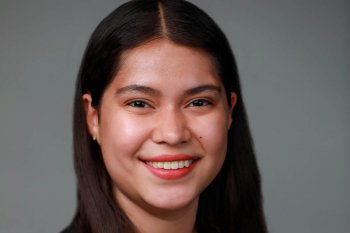 “It was really two sides coming together,” Quistiano said. “We’ve been trying to establish funding or scholarships of sorts since forever, but for one reason or another, it just never worked out.”

While Collins and Quistiano were working on their plans, UT’s Department of Computer Science was actually at work behind the scenes establishing similar initiatives. These initiatives were in line with those proposed by longtime department staff members Amy Bush and Kay Nettle, who wanted to help start a scholarship to aid more of those students who had the ability but not the means to study computer science at UT. With the department matching Bush and Nettle’s funds, the mutual goals of the students, staff and department came together to create the Texas Computer Science Endowment for Change.

“We have been part of the computer science department, as students and employees, for over 50 years combined, and we’ve seen it change in many ways. Helping promote diversity in a department that has meant so much to both of us is a pretty amazing legacy,” said Bush and Nettle.

Beginning this year, the endowment will support diversity and inclusion efforts and fund opportunities for underserved students with a demonstrated passion for technology.

“Being a first generation student myself, growing up there wasn’t really anyone for me or many of these students to ask about computer science,” Quistiano said. “I was laughably unaware of how the tech industry worked and the academics of it all. For example, for the longest time, I thought there was only like one technology major to give you one technology job.” Quistiano said that she and Collins hoped to create a network of support and mutual understanding among these students.

While ABCS and HACS do just that, the two leaders saw that it wasn’t enough for those who were struggling financially. They wanted to do more and saw this project as an opportunity to get the department to better acknowledge these students and understand their perspectives.

“Diversity’s not just who you admit, but also who has the support to stay and actually successfully complete their degree,” Collins said. Brent Winkelman, chief of staff of the department, wholeheartedly agrees, citing the department’s long-standing focus on not just recruitment but also long-term retention — which many institutions may overlook.

“There are occasions when we may successfully recruit a student, but then the student gets in and discovers, ’Gosh, this environment is just not a home for me,’” Winkelman explained. “As a department, we’re committed to doing the work to ensure that no student has that reaction. We want this to be a place where everyone can feel comfortable and welcome.” 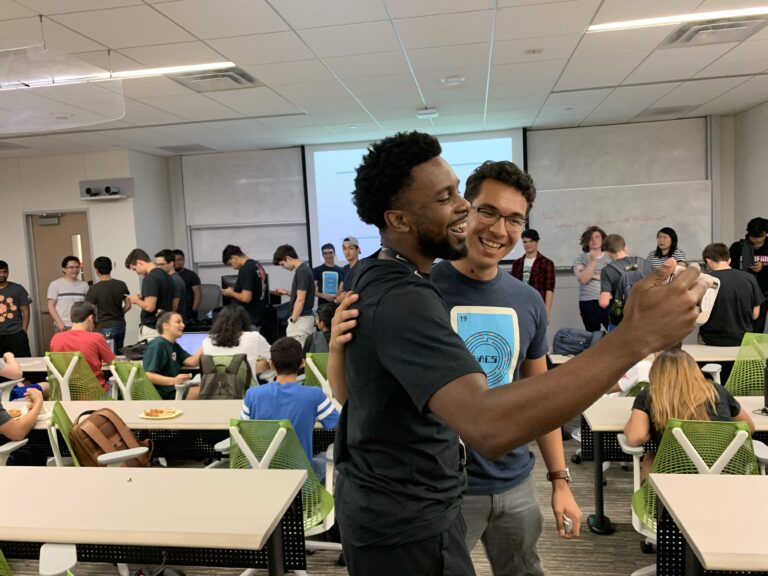 Winkelman said that there are a number of initiatives in the works directed toward diversity and inclusion and that the department is looking to scale up programs such as First Bytes, a camp designed to expose high school women to futures in computer science, and Code Longhorn, a similar program designed for underrepresented populations throughout Texas.

“These initiatives are great because what starts here changes the world, right? But how can you change the world if the people creating and building new things are not actually representative of the world — if not everyone is included in that discussion?” Quistiano asked.

As for the beginnings of the new endowment, Collins said they conducted extensive research on their own time into budgeting, editing, writing and drafting proposals. They reached out to computer science professor Alison Norman, who is also chair of the department’s Diversity and Inclusion Committee, for mentorship and guidance.

Norman was not at all surprised when Collins and Quistiano contacted her. “Our students are amazing,” she said. “They’re hardworking and caring, and they really want to have a positive effect on the world and are always hungry for information about just how to do that.”

Norman provided advice and proofread their early drafts. “We wanted to be as best prepared as we could be before any sort of archetypal proposal,” Collins said. “Alison helped our efforts immensely, and we were very persistent,” she said laughing.

After the department learned of Collins’ and Quistiano’s ideas, both sides worked together. “I think that everybody’s goals were aligned, and then, it was just a matter of how to best achieve those goals,” said Norman of the project. Soon enough, their persistence and the hard work of the staff and faculty paid off. Many, many presentations, virtual meetings, discussions and considerations later, the endowment was officially established, and it started in fall 2020.

Today the endowment is listed on HornRaiser for donations, and its scholarships are available to current and incoming undergraduate computer science students who have participated in Code Longhorn or who are current or future members of HACS or ABCS.

“The effort for diversity and inclusion has always been there student org-wise,” Collins said, “but what I wanted to establish is that once I graduate and leave the computer science department, the staff, actual department and administration — they’re now the ones leading the charge.”

Quistiano added: “This is just the beginning. Hopefully the endowment will grow and provide support for generations of future students to come — and that’s the mark we want to leave.”

And the university is proud to uphold that legacy. “UT houses a lot of world-class students in terms of their talent and abilities, and also in their desire to have a positive impact,” Winkelman said. “And I think that we have seen that repeatedly from students like Audra and América who have asked the department to think more ambitiously about how we can create change.”