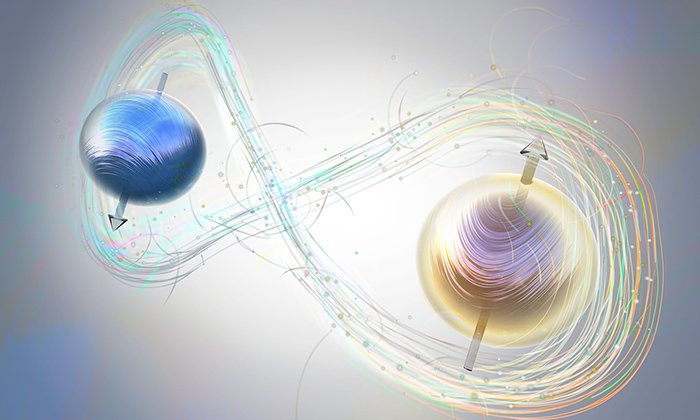 The University of Texas at Austin's Scott Aaronson is an initial member of a new multi-institution collaboration called the NSF Quantum Leap Challenge Institute for Present and Future Quantum Computation. The institute will work to overcome scientific challenges to achieving quantum computing and will design advanced, large-scale quantum computers that employ state-of-the-art scientific algorithms developed by the researchers.

Aaronson, the David J. Bruton Centennial Professor of Computer Science and director of UT Austin's Quantum Information Center, is one of the world's leaders in theoretical quantum computing. As part of the institute, he and his team will do fundamental research on the themes of quantum algorithms and quantum advantage.

Unlike conventional computers, quantum computers seek to harness the mysterious behavior of particles at the subatomic level to boost computing power. Once fully developed, they will be capable of solving large, extremely complex problems far beyond the capacity of today's most powerful supercomputers. Quantum systems are expected to have a wide variety of applications in many fields, including medicine, national security and science.

The institute will be multidisciplinary, spanning physics, chemistry, mathematics, optical and electrical engineering, computer science, and other fields and will include scientists and engineers with expertise in quantum algorithms, mechanics and chemistry. They will partner with outside institutions, including in the emerging quantum industry, and will host symposia, workshops and other programs. Research challenges will be addressed jointly through a process that incorporates both theory and experiment.

While quantum computers are likely to have an enormous impact on national and global economies and societies in the future, Stamper-Kurn emphasizes that several critical scientific challenges remain.

"We still do not know fully what quantum computers do well," Stamper-Kurn said, "and we face deep challenges that arise in scaling up quantum devices. The mission of this institute is to address fundamental challenges in the development of the quantum computer."

More information on NSF-supported research on quantum information science and engineering is available at nsf.gov/quantum.

This post is based on a press release by UCLA.