The UT Department of Computer Sciences held the annual Visions Lecture, the latest in a series of lectures by CS faculty who have been recognized by their community for notable achievements in research, teaching or service. This year's Visions Lecture took place on November 5, 2007, from 4:30-5:30 p.m. in the Avaya Auditorium, ACES 2.302. 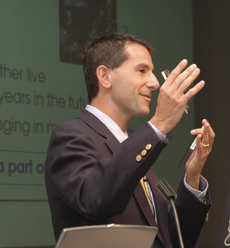 One goal of Artificial Intelligence is to enable the creation of robust, fully autonomous agents that can coexist with us in the real world. Such agents will need to be able to learn, both in order to correct and circumvent their inevitable imperfections, and to keep up with a dynamically changing world. They will also need to be able to interact with one another, whether they share common goals, they pursue independent goals, or their goals are in direct conflict. This talk presented current research directions in machine learning, multiagent reasoning, and robotics, and advocated their unification within concrete application domains. Ideally, new theoretical results in each separate area will inform practical implementations while innovations from concrete multiagent applications will drive new theoretical pursuits, and together these synergistic research approaches will lead us towards the goal of fully autonomous agents.

Watch the videos used in this lecture.
View the PDF file of Peter Stone's lecture slides. 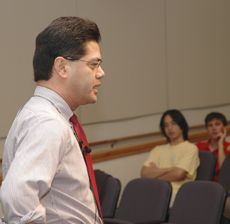 Botnets, identity theft, malware, data breaches, rootkits -- the list goes on. These are items that have, unfortunately, become all too common in everyday conversation. The landscape for cybersecurity has changed dramatically over the past few years. This brief talk provided a current assessment of the state of cybersecurity, and discussed some key challenges ahead for cybersecurity researchers.

Dr. Peter Stone is an Alfred P. Sloan Research Fellow and Associate Professor in the Department of Computer Sciences at the University of Texas at Austin. He received his Ph.D in Computer Science in 1998 from Carnegie Mellon University. From 1999 to 2002 he was a Senior Technical Staff Member in the Artificial Intelligence Principles Research Department at AT&T Labs - Research. Peter's research interests include machine learning, multiagent systems, robotics, and e-commerce. In 2003, he won a CAREER award from the National Science Foundation for his research on learning agents in dynamic, collaborative, and adversarial multiagent environments. In 2004, he was named an ONR Young Investigator for his research on machine learning on physical robots. Most recently, he was awarded the prestigious IJCAI 2007 Computers and Thought award.

Dr. Fred Chang currently holds the position of Research Professor in the Department of Computer Sciences at the University of Texas at Austin. He is the former Director of Research at the National Security Agency. Previously, he was with SBC Communications where he held a variety of executive positions including, President - Technology Strategy, SBC Communications; President & CEO, SBC Technology Resources, Inc.; and Vice President, Network Engineering and Planning, SBC Advanced Solutions, Inc. He began his professional career at Bell Laboratories.

Dr. Chang has been awarded the National Security Agency Director’s Distinguished Service Medal. He is a member of the Computer Science and Telecommunications Board of the National Academies and is the past Chairman of the Board of the Austin Technology Council. He received his B.A. degree from the University of California, San Diego and his M.A. and Ph.D. degrees from the University of Oregon. He has also completed the Program for Senior Executives at the Sloan School of Management at the Massachusetts Institute of Technology. 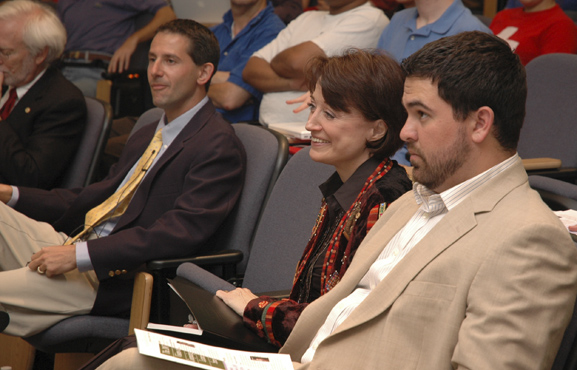