To celebrate the lead donation by the Michael and Susan Dell Foundation for a new computer science building, the Department of Computer Sciences has inaugurated the Dell Distinguished Lecture Series. The Dell Lecture Series invites an international leader of the digital revolution to give a public lecture at The University and attend other events with university and business leaders. 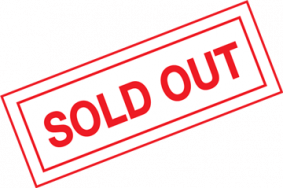 Texan and UT alum, Bob Taylor, is widely considered a pioneer in advancing the development of computing and the Internet. Taylor is one of the people who spearheaded the development of the Internet, the personal computer and the technologies that championed the computer revolution worldwide. He is known for his managerial insight and visionary genius as his contributions have had an outstanding impact on the world of computing and on society.

This September is the 40th anniversary of the Internet. It all began when Bob Taylor, while working for the Department of Defense as a civilian manager in the Advanced Research Projects Agency (ARPA), became tired of alternating seats and instructions every time he needed to communicate with another computer. So, taking the bull by the horns, he proposed the idea of networking different computers together to his boss, who liked the idea on the spot and granted Taylor one million dollars to make the idea work. When idea turned into reality, ARPAnet was born. ARPAnet (Advanced Research Projects Agency Network) was the world's first operational packet switching network and the predecessor of the global Internet.(1)

"The idea of a community that could be brought into existence by the construction of a new kind of computer system was perhaps the most radical proposal."(2) The effort began in 1966 and while ARPAnet was not on-line until 1969, enough of the superstructure for the outlines of the new network had been constructed at that point. The first message on ARPAnet went from Santa Monica to the Stanford Research Institute (SRI) In 1969.(3) When all the details which they could only postulate about at that time, were perfected, the impact on both individuals and organizations was tremendous.(4)

Taylor next set his sights on reaching beyond ARPAnet to develop what has become the Internet and the systems that support today’s personal computers. In the 1970s, at the Xerox Palo Alto Research Center (PARC), he supervised the Computer Systems Laboratory (CSL), the renowned incubator where pivotal technologies for the personal computer and computer networking were born, and where businesses like Adobe, 3Com, and Novell were started. (5) Conceived at PARC, Alto, the prototype for the personal computer as we know it today and a direct ancestor of the Macintosh, had features that wouldn't be common until 10 years later, including a mouse, an object-oriented operating system and development tools, a graphical user interface, and fast networking with the first Ethernet cards. Some of these features are still standard 30 years later. Taylor’s personal mission was to make the new computer technology available to the whole country. “The researchers at PARC were wildly successful in their efforts to build powerful personal computers years before the business and consumer communities were prepared to accept them.”(6) In developing the personal computer Taylor’s team had a grander purpose. Their goal in bringing all this computing power to individuals was to provide the “gateway to a new communication space.”(7)

Bob Taylor’s influence on society is far reaching. In addition to driving the invention of the Internet and the personal computer, he oversaw the development of electronic books, modern workstations and the forerunner to the Java programming language. Bob Taylor was recognized in 1999 with the award of the National Medal of Technology bestowed by the White House. The citation reads: "For visionary leadership in the development of modern computing technology, including initiating the ARPAnet project—forerunner of today's Internet—and advancing groundbreaking achievements in the development of the personal computer and computer networks." In 2004, the National Academy of Engineering awarded him, along with Butler W. Lampson, Charles P. Thacker and Alan Kay, their highest award, the Draper Prize. The citation reads: "for the vision, conception, and development of the first practical networked personal computers."(8)

You can also read more about this event at: