The Department of Computer Science (UTCS) at the University of Texas at Austin hosted the inaugural Edsger W. Dijkstra Memorial Lecture on October 12, 2010. UTCS was excited to welcome Sir Tony Hoare, Emeritus Professor at Oxford and Principal Researcher at Microsoft Research, as the speaker for this event. This lecture series was made possible by a generous grant from Schlumberger to honor the memory of Edsger W. Dijkstra.

The lecture was a success, with over 200 guests in attendance. Following the lecture, Sir Tony was joined by grad students, faculty, staff and other invited guests at an intimate reception in celebration of his visit to campus. Watch the 2010 Edsger W. Dijkstra Memorial Lecture!

Sir Tony Hoare: “What Can We Learn From Edsger W. Dijkstra?”

This is what I have learnt from Edsger:

1. Computing Science is a branch of pure science. Computer Programs are its subject of study. Researchers seek understanding of the relationship between the interior structure and content of the program and its externally observed properties and behaviour. Like other branches of science, such basic research is best pursued independent of possible application, for the satisfaction of scientific curiosity.

2. Software Engineering is the large-scale application of logic. Logical reasoning provides the means for a rational process of design and development of programs, together with their proof of correctness. Like other branches of engineering, it seeks economy, efficiency and reliability in meeting the wishes of its customers. By exploiting the underlying science, there is no longer need to rely solely on trial and error.

3. Computing Science has learnt much from mathematics and from philosophy: one day this debt will be repaid. Then it will be clear that “In their capacity as a tool, computers will be but a ripple on the surface of our culture. In their capacity as intellectual challenge, they are without precedent in the cultural history of mankind.”

I will comment on these lessons from my own experience and in my own words. 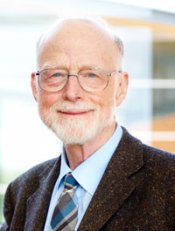 Tony Hoare was a student of Latin and Greek Language and Literature. He graduated from Oxford University in 1956 with a Master's degree; his studies also included Ancient History and Philosophy, which was his favorite subject. His first employment was with a computer manufacturer, for whom he led the implementation of the second commercial implementation of ALGOL 60 (delivered after Dijkstra's first implementation). In April 1961 he attended a week's school on ALGOL 60 at which Dijkstra was an instructor; and later they served together as members of IFIP WG2.3, a Working Group charged with the further development of ALGOL. In 1968, he was appointed a Professor of Computing Science at the Queen's University Belfast, where he chose as his lifelong research goal Dijkstra's ideal of programs that are correct by construction. In pursuit of this goal, Dijkstra has been a constant collaborator and a personal friend. 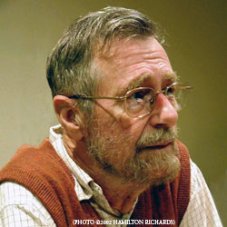 Dijkstra was the 1972 recipient of the ACM Turing Award, often viewed as the Nobel Prize for computing. He was a member of the Netherlands Royal Academy of Arts and Sciences, a member of the American Academy of Arts and Sciences, and a Distinguished Fellow of the British Computer Society. He received the 1974 AFIPS Harry Goode Award, the 1982 IEEE Computer Pioneer Award, and the 1989 ACM SIGCSE Award for Outstanding Contributions to Computer Science Education. In 2002, the C&C Foundation of Japan recognized Dijkstra "for his pioneering contributions to the establishment of the scientific basis for computer software through creative research in basic software theory, algorithm theory, structured programming, and semaphores."

Dijkstra is renowned for the insight that mathematical logic is and must be the basis for sensible computer program construction and for his contributions to mathematical methodology. He is responsible for the idea of building operating systems as explicitly synchronized sequential processes, for the formal development of computer programs, and for the intellectual foundations for the disciplined control of nondeterminacy. He is well known for his amazingly efficient shortest path algorithm and for having designed and coded the first Algol 60 compiler. He was famously the leader in the abolition of the GOTO statement from programming.

Dijkstra was a prodigious writer. His entire collection of over thirteen hundred written works was digitally scanned and is accessible at http://www.cs.utexas.edu/users/EWD. He also corresponded regularly with hundreds of friends and colleagues over the years --not by email but by conventional post. He strenuously preferred the fountain pen to the computer in producing his scholarly output and letters.

Dijkstra enriched the language of computing with many concepts and phrases, such as structured programming, separation of concerns, synchronization, deadly embrace, dining philosophers, weakest precondition, guarded command, the excluded miracle, and the famous "semaphores" for controlling computer processes. The Oxford English Dictionary cites his use of the words "vector" and "stack" in a computing context.

Dijkstra died after a long struggle with cancer on August 6, 2002 at his home in Nuenen, the Netherlands.